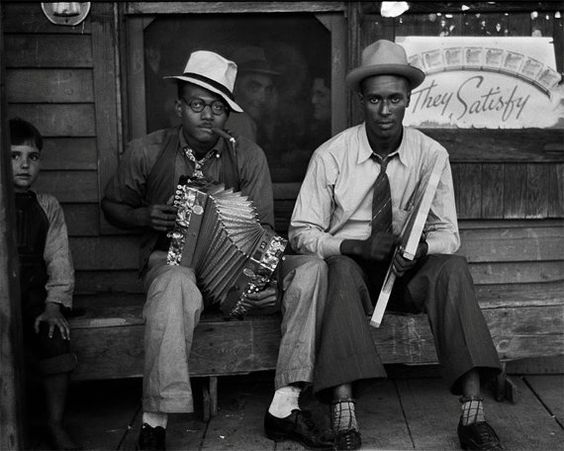 As much as I love the Lowcountry, I have always felt like Louisiana was my second home. There is something about the Bayou culture that I adore and one of those aspects is Zydeco Music. This unique musical style has so much African American influence and is one of the original American art forms. Today we are sharing books to explore Zydeco music and Bayou culture. Check out some of the classic books below!

The bayou sings and the trees sway with the untold stories of many unsung heroes, including Louisiana’s amazing Zydeco musicians. The music is an extraordinary blend of the accordion, the bass and electric guitars, the drums, the rub or scrub board, and other instruments. It tells stories about finding and losing love, life lessons, and other revelatory events that rise from the skillful hands of musicians playing the diatonic and piano accordions. The diverse population of Louisiana creates a rich culture with Zydeco festivals, Creole foods, and the unique music that fills the air with a foot-stomping beat like no other. Louisiana’s Zydeco is a snapshot of some of the many musicians who live and play the homegrown music known as Zydeco.

The Kingdom of Zydeco

There’s a musical kingdom in the American South that’s not marked on any map. Stretching from the prairies of Louisiana to the oil towns of East Texas, it is ruled over accordion-squeezing, washboard-wielding musicians such as Buckwheat Zydeco, Nathan Williams, Keith Frank, Terrance Simien, Rosie Ledet, and C. J. Chenier. Theirs is the kingdom of zydeco. With its African-Caribbean rhythms, Creole-French-English lyrics, and lively dance styles, zydeco has spread from its origins in Louisiana across the nation, from Back Bay to the Bay Area. It has influenced the music of Eric Clapton and Paul Simon and been played at Carnegie Hall.

Written by leading scholars, the thirteen essays focus on many subjects, including the celebration of Mardi Gras and of Christmas, Louisiana foodways, the delineation between Cajun and Creole, the African Americans and Native Americans of the region, Zydeco music, and Cajun humor.

The essays show great range and are reprinted from hard-to-find publications. They include a description of Cajun Country Mardi Gras on the prairies of southwestern Louisiana, an analysis of the social implications of the New Orleans Mardi Gras parades, a study of the Houma Indians of coastal Louisiana, and an analysis of the devotion given to a young Cajun girl whom many regard as a saint.

Fuller brings years of experience in the newspaper industry to bear on this collection, offering behind-the-scenes access not available elsewhere. Of particular note are his interviews with musicians and local celebrities, who reveal how their love of the region has influenced their work. Fuller’s natural approach to storytelling creates a book that is a joy to read and truly represents the people of south Louisiana.

This collection of 15 accordion arrangements of tunes by Clifton Chenier (1925-1987) clearly demonstrates why he is known as the undisputed King of Zydeco music. Written for the piano accordion as opposed to the Cajun button accordion, all of the selections in this book are transcribed from Chenier’s 1965-1987 recordings on Arhoolie Records. The featured tunes are: “Ain’t No Need of Cryin'” “Tu le Ton Son Ton,” “I’m Coming Home,” “Jole Blonde,” “Calinda,” “Louisiana Two-Step,” “Ay, Ai, Ai,” “Louisiana Blues,” “Black Gal,” “Big Momou,”””I’m on the Wonder,” “Zydeco Cha Cha,” “I’m a Hog for You,” “Zydeco et Pas Sale,” and “Black Snake Blues.” Dix Bruce con- tributes a fine essay on the colorful life of Clifton Chenier. A delightful companion CD recording is available in the spirit of Chenier’s signature cry- “Laissez les bon ton roulet!” (Let the good times role!) *** Note: 10 songs out of 15 are on the cd, 96616CD Clifton Chenier “60 Minutes with the King of Zydeco.” The other 5 songs are transcribed from other Arhooolie CDs by Clifton Chenier.