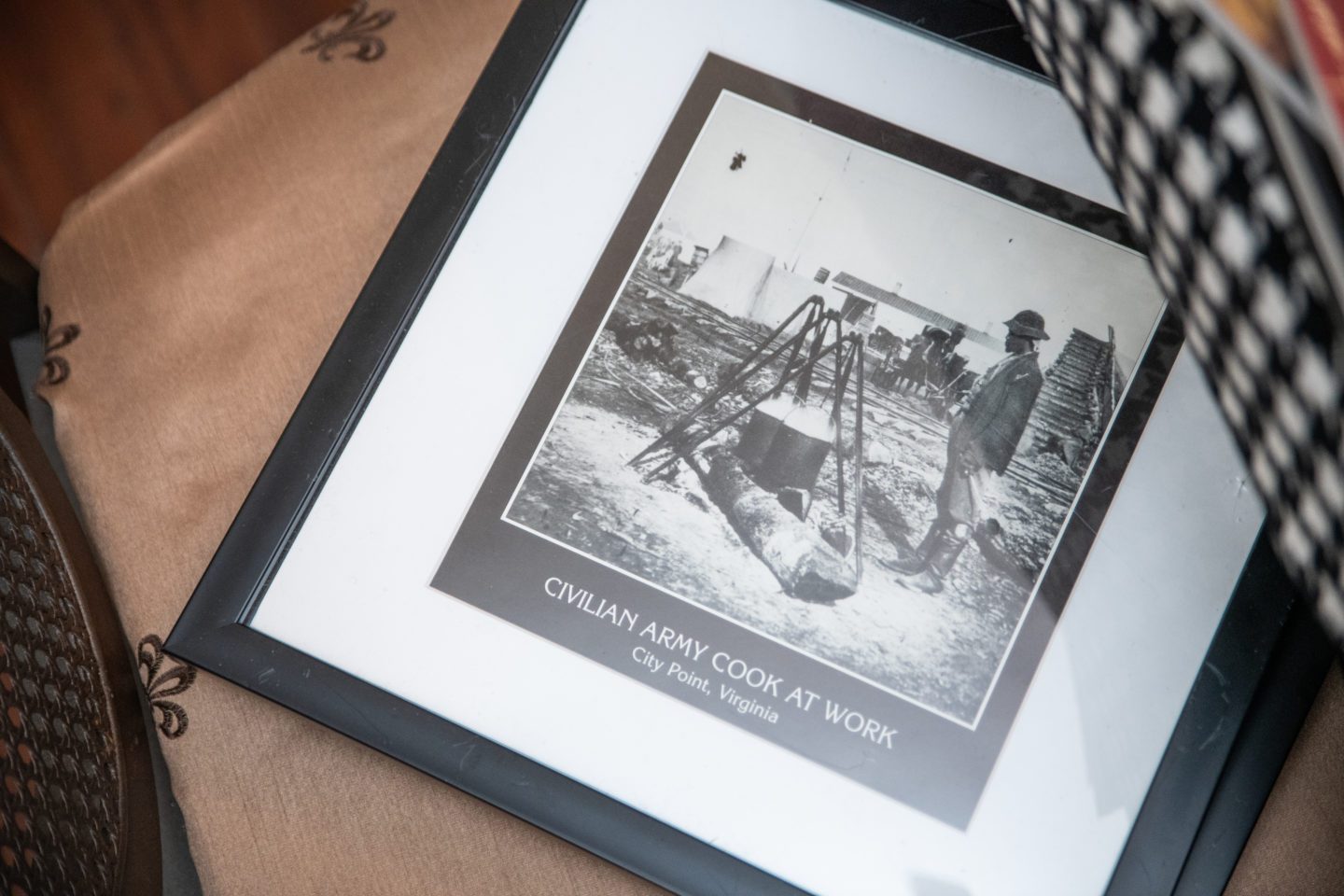 African Americans have a long history of serving the United States in the armed forces. Black people have fought on the frontline as well as supported the rear since The French-Indian War, when they defended the colonies against Native Americans, with little to no rights of citizenship let alone the privilege of white militia. Throughout the early history of this country, when Black men and women could not be trusted with a gun for fear of uprisings, they could be entrusted to feed people. The following men and women are but a few examples of people who served their country while serving meals.

Mrs. Hannah Archer Till (1721-1826) was born enslaved in Kent County, Delaware. Before joining Generals George Washington and Marquis de Lafayette as a military cook during the Revolutionary War, she’d been sold three times, purchased her own freedom and married to Isaac Till, a whip maker who volunteered his service. The couple were personal servants to George Washington for two years, before Washington lent her out to Lafayette, who remained in touch with her after the war and is said to have assisted her financially. In 2015, the Daughters of the American Revolution (DAR) honored her as a patriot of the American Revolutionary War, and her female descendants are eligible for membership.

Charles Ball or Charles Gross (1780 – Unknown) was born enslaved on a Maryland tobacco plantation. Sold multiple times and separated from his family, Ball was hired out or leased to serve as a cook on the frigate USS Congress that was launched in 1799. After that service, he was willed to the granddaughter of a slaveholder, and would ultimately serve in the U.S. Navy during the War of 1812. He was first a cook, then armed to serve as militia. After the war, he fled from enslavement to refuge in Pennsylvania until the end of his life.

William H. Dove, an enslaved man, joined the Confederate 5th North Carolina Cavalry as a cook in 1863. Dove was one of 5 unit cooks, and had most likely joined the man who enslaved him as was common practice with the Confederacy. Ann Lewis was a Union hire from Alabama who cooked for Union soldiers in Virginia.

According to the National Museum of African American History and Culture, Buffalo Soldier “Samuel Bridgwater joined the 24th Infantry Regiment in the 1880s. In 1892, he married Mamie Anderson and brought her to Fort Huachuca, Arizona. After being wounded fighting in the Philippines, he served as a cook.”

John A. Moaney, Jr. (1914-1978) had only been in the military for nine months when he was summoned to interview for and selected to be General Dwight D. Eisenhower’s personal valet and cook during World War II. Moaney would often prepare the general’s breakfast and grilled alongside Eisenhower, who loved to cook. He was relieved of his cooking duties by his wife Dolores, who took over as Eisenhower’s personal cook as he continued to valet.

By the Korean War, there were some Black soldiers in combat, however, the vast majority were assigned to labor and support roles in the armed forces, including mess hall duty as cooks and caterers. President Harry S. Truman ended discrimination and segregation in the United States armed forces, leaving room for an expansion of leadership and combat roles for Black soldiers.

Now Black military cooks are more than cooks. They are a part of a specialized culinary arts team, providing services of all kinds (wine stewarding, butchery, creating menus, etc.) to soldiers, leaders and even visiting dignitaries.

White House chef and combat veteran Andre Rush has taken his expertise to the White House for special occasions to cook for several presidents. He was Chef in the United States Military and
Member of the United States Culinary Arts Team. Chef Roshara Sanders is the first Black female instructor at the Culinary Institute of America (CIA). She is also an army veteran that enlisted in the Army to take advantage of the GI Bill, which helped pay her way through CIA.

The Black presence in military kitchens is a longstanding history that has evolved throughout the centuries. Black military cooks are no longer relegated to working in kitchens. They are now privileged to choose how to use their gifts and talents in the kitchen and beyond military service. And we thank them for their service.