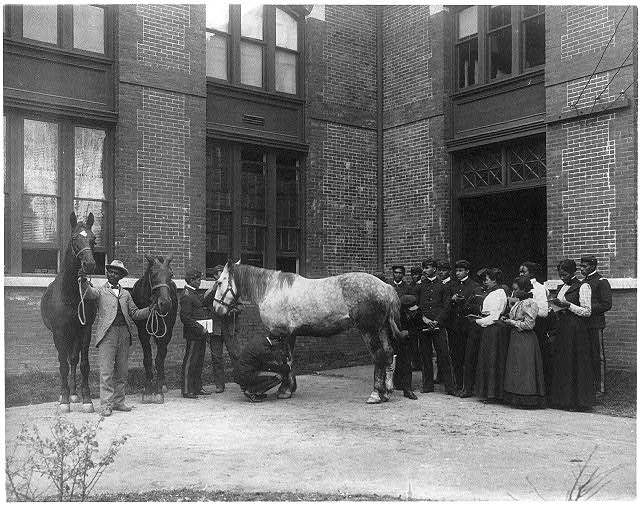 On May 17, 1875, ten years after all enslaved Africans were freed by the 13th Amendment to the U.S. Constitution, Oliver Lewis became the first jockey to win the first-ever Kentucky Derby. Lewis was African American. For about 20 years, Black jockeys dominated the Derby with wins, thus making history albeit a short yet significant history that has only been recalled in recent years.

Because the sport of kings – thoroughbred horse-racing – has been male dominated with the exception of a few white women jockeys and owners, no Black woman is included in the Kentucky Derby’s history in any capacity. However, that does not mean Black women have not made history in the sport in other parts of the country. Eliza Carpenter, Sylvia Rideoutt Bishop and Cheryl White are three Black women have been firsts in their own right.

Eliza Carpenter was a formerly enslaved woman who became a race horse owner and jockey. By the time she was eight years old, she had been enslaved by three slaveholders in three different states – Virginia, Kentucky, and Missouri. At the end of slavery, she returned to Kentucky, where she learned the business of buying, training, and riding race horses. Carpenter purchased her first horses in Kansas and by 1900 she was living in Ponca City, Oklahoma as a livestock trader. She would become a stable owner, where she trained thoroughbreds and quarter horses. Lore has it that she rode like a man, and if she did not like the way a race was going, she would jockey. Eliza Carpenter died in 1924 after a Kentucky horse and buggy accident, when she suffered a fractured skull and a stroke.

Sylvia Rideoutt was one of 17 children born to James and Bertha Rideoutt in Charles Town, West Virginia, seven miles east of Harpers Ferry, in 1919. By the time she was a teenager, Sylvia was an excellent rider who would be at the track early to exercise horses and groom them. In 1954, she became the first Black woman licensed to train horses at the Charles Town Race Track, in the state of West Virginia, and the entire United States of America. Rideoutt had winning horses all along the Eastern Seaboard throughout her career as a trainer. Some of her children and grandchildren followed in her footsteps in the horse-racing industry.

Months before her 18th birthday, Cheryl White rode her first race as the first Black woman licensed to jockey in the nation. She did not win the race at Cleveland, Ohio’s Thistledown track, but she secured her place in history. White came from a horse racing family. Her father was a Black jockey turned groomer and trainer, while her white mother was a breeder and owner of thoroughbreds. She earned her first win as a jockey on September 3, 1971, riding Jetolara to victory at Waterford Park in Chester, West Virginia. After moving west to California, thoroughbred opportunities lessened and she turned her attention to riding Appaloosas, adding another 500-plus wins to her name. She retired from racing in 1992 with a record of over 225 wins as a thoroughbred jockey, and earnings nearing a million dollars. Ultimately, White would become the first woman to serve as a California horse racing steward or racetrack official. She died in 2019 in Youngstown, Ohio.  Thistledown hosted a memorial in her honor.