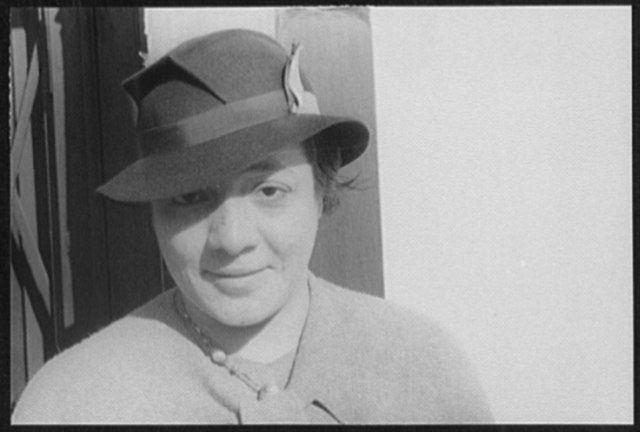 They were impresarios. You’ll find their fingerprints in the annals of Black music history, most times on the back pages. Yet, Black women engaged in the business of entertainment, performing any number of functions, chief of which was the ownership of jazz & blues clubs, nightclubs, supper clubs and performance venues. These boss queens introduced audiences to great music, food and a nightlife that could be as simple as a makeshift club in a basement or as grand as a European café replete with chandeliers and valet service. The one thing they have in common is a heritage rooted in the American So

Loula Cotten Williams was born in Jackson, TN in 1879. The graduate of Lane College moved to Tulsa with her husband John Wesley Williams and used her earnings as a teacher to open a confectionery shop/corner store in historic Greenwood, and ultimately open the Dreamland Theater, a 750-seat entertainment venue that included a silent movie theater, stages for live musical performances by popular Black musicians and singers, and space for catered events. She also owned Dreamland theaters in Okmulgee and Muskogee though the Tulsa theater was her crown jewel, which attracted the attention of Black people throughout the country, especially Black vaudeville and concert entertainers who could perform, eat and lodge safely in the all-Black district.

Ada “Bricktop” Smith, a red-haired, freckled-face woman from Chicago by way of Alderson, WV, parlayed a love for performing and saloon-keeping into owning the nightclub Chez Bricktop in Paris (1924 to 1961), as well as clubs in Mexico City and Rome. Known for her friendships with aristocracy, she also was influential in bringing Black entertainers to Europe, booking them in her clubs. As the consummate hostess, she cooked for and entertained Black American visitors in Paris and Rome, including Martin Luther King, Jr. and Ralph Abernathy.

Ruby Lee Gatewood’s Tavern also known as “The Gates” was one of Chicago’s most popular jazz and blues clubs and grilles in the 1930s. According to Dakota A Pippins’ Jazz History Tree, “During the 1930s, virtually every big-name artist played there.” Monday nights were reserved for “Blue Monday” parties, where Memphis Minnie (Lizzie Douglas) hosted and played regularly with up-and-coming musicians and established musicians. Black musicians jammed at The Gates to hone their craft but also to receive a home-cooked meal and a decent drink or two.

Theresa’s Lounge picked up where The Gates left off in the 1940s, owned by Meridian Mississippi born blues singer Theresa Needham, the lounge was located in the basement of a South Side building. Legends B.B. King, Muddy Waters, Little Walter, and Howlin’ Wolf performed there. Buddy Guy and Junior Wells worked there. Theresa Needham was known to be her lounge’s cook, bartender, bouncer, accountant and show booker.

Fannie Mae Duncan was the daughter of Alabama sharecroppers that moved to Oklahoma, then Denver, where she flourished as an entrepreneur. Her greatest achievement of many was Duncan’s Cotton Club in Colorado Springs, her nod to the historic Harlem nightclub.  She hired many of the great entertainers of the day, including Nat King Cole, Billie Holiday, Duke Ellington, Etta James, Sammy Davis Jr., BB King, Fats Domino and Mahalia Jackson. Duncan’s not only served locals but also Black servicemen who had nowhere to go to feel at home or eat a good meal (her brother was the chef). With her profits, she purchased a mansion to house visiting Black notables and families, who could not stay in white-owned hotels.

For Ruby Lee Gatewood, Theresa Needham, Fannie Mae Duncan, Loula Williams and Ada Smith owning their businesses was about freedom that enabled them to chart their own way in life. Others benefited from their enterprises, especially Black musicians. Their backstories include generosity and community-building in segregated places. They were all one or two generations away from slavery and sharecropping, but they had a vision and that mattered most to their legacies as well as to the legacy of Black music.