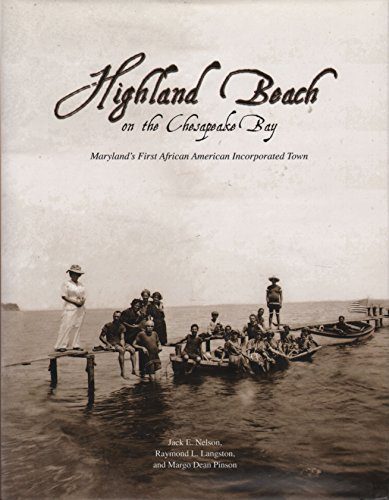 It is never to early to start planning for summer vacations and what better way to do that than through reading some great books. Today we are sharingA�Our Favorite Books on African American Beaches. A�If you love history and enjoy spending time on the water, these books are perfect for you. Take a trip through history and learn about these historicallyA�African American Beaches and Resorts. 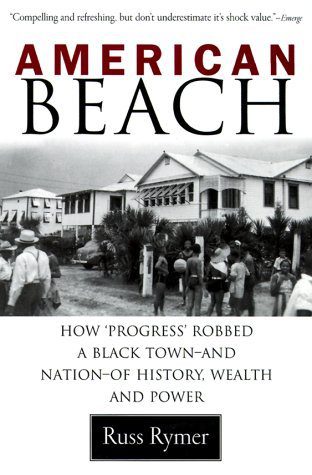 Focusing on the lives of three black Americans from northeastern Florida–an unarmed motorist killed by a white cop, the granddaughter of the state’s first black millionaire, and novelist Zora Neale Hurston–the author plumbs the soul of American race relations and shows how these stories convey important lessons about the American experiment.

In 1928, Eli Reid purchased 400 acres of picturesque property on the banks of the Chowan River in Hertford County, North Carolina. Soon after he acquired the land, Reid began turning the area into a Segregation-era resort for African Americans, and Chowan Beach was born.

As the resort began to take shape in the late 1920s, it was clear that something special had been started. Wide sandy beaches were built, and construction was immediately started on guest cottages, bathhouses, a dance hall, photo studio, restaurant, picnic area and magnificent German-made carousel. Chowan Beach was an immediate success, and throngs of African Americans began to stream in from across North Carolina and the East Coast to relax and enjoy the atmosphere and spectacular views–an oasis of fun in a social desert of limited opportunities and unfair treatment. The water was cool and refreshing, the crowds were friendly, and the music was hot, as the beach was a popular stop for musicians touring on the “Chitlin Circuit,” including B.B. King, James Brown, Sam Cooke and The Drifters.

In this nostalgic new book, author Frank Stephenson brings back the glory days of Chowan Beach with an array of vintage photographs and a brief history of the area. Come along as Stephenson revisits the past of this beloved beach and offers a reminder of what it meant to generations of African American visitors.

Highland Beach was founded in the summer of 1893 by Charles Douglass and his wife Laura after they had been turned away from a restaurant at the nearby Bay Ridge resort because of their race. They brought a 40-acre tract on the Chesapeake Bay with 500 feet of beachfront and turned it into a summer enclave for their family and friends. It became a gathering place for upper-class blacks, including many of the well known personages of the age. Among the residents and guests were Paul Robeson, D.C. municipal court judge Robert Terrell and his wife Dr. Mary Church Terrell, Booker T. Washington, Robert Weaver, Alex Haley, W.E.B. DuBois, and poets Langston Hughes and Paul Laurence Dunbar. Charles Douglass’ father, the famous abolitionist Frederick Douglass, visited and would have become a resident had he not died before the house that his son was building for him was completed.

When Highland Beach was incorporated in 1922 it became the first African-American municipality in Maryland. Although founded as a summer resort, it is now a town of year-round residents who choose not to permit commercial establishments. There are some sixty homes, many of them still owned and occupied by descendants of the original settlers. The residents are proud and protective of their town’s heritage, established over a century ago by proud and successful people determined to overcome the prejudices of their post-Reconstruction times. Highland Beach (on Chesapeake Bay) is the home of Twin Oaks, the Frederick Douglass Museum and Cultural Center.

Idlewild: The Rise, Decline, and Rebirth of a Unique African American Resort Town 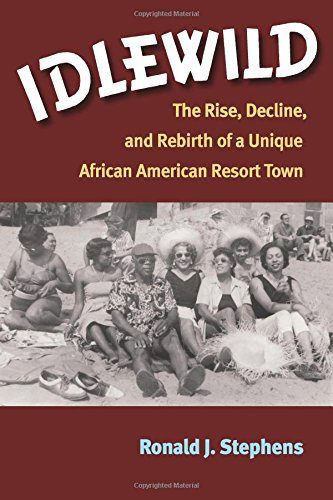 In 1912, white land developers founded Idlewild, an African American resort community in western Michigan. Over the following decades, the town became one of the countrya��s foremost vacation destinations for the black middle class, during its peak drawing tens of thousands of visitors annually and hosting the eraa��s premier entertainers, such as The Four Tops, Della Reese, Brook Benton, and George Kirby. With the civil rights movement and the resulting expansion of recreation options available to African Americans, Idlewild suffered a sharp social and economic decline, and by the early 1980s the town had become a struggling retirement community in the midst of financial and political crises.

Meticulously researched and unearthing never-before-seen historical material, Ronald J. Stephensa��s book examines the rapid rise and decline of this pivotal landmark in African American and leisure history, in the process exploring intersections among race, class, tourism, entertainment, and historic preservation in the United States. Featuring a wealth of fieldwork on contemporary Idlewild, the book also takes a candid look at recent revitalization efforts and analyzes the possibilities for a future resurgence of this national treasure.