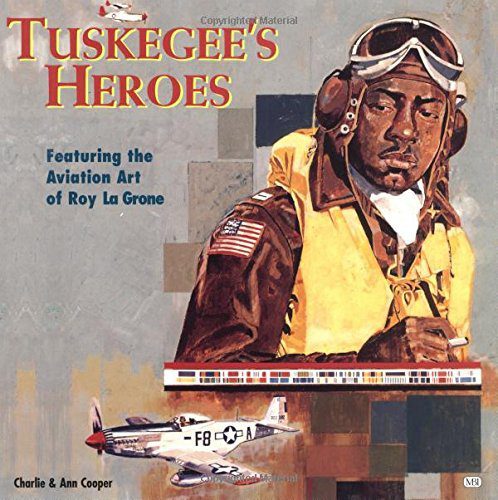 African Americans have had a long history of serving in the military. From the Tuskegee Airmen tot he Montford Point Marines, African American men and women have been a part of every American battle. Today we are sharing our favorite books showcasing the contributions of African Americans to the US military. We have curated African American Military Books to Add to Your Library. If you have a veteran or a current military serviceman in your life that you want to honor, be sure to share their image on social media and tag us or use the hashtag #blacksouthern bell

African American Military Books to Add to Your Library

American Patriots: The Story of Blacks in the Military from the Revolution to Desert Storm 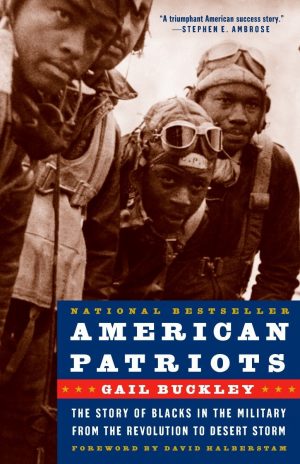 A dramatic and moving tribute to the military’s unsung heroes, American Patriots tells the story of the black servicemen and women who defended American ideals on the battlefield, even as they faced racism in the ranks and segregation on the home front. Through hundreds of original interviews with veterans of every war since World War I, historic accounts, and photographs, Gail Buckley brings these heroes and their struggles to life. We meet Henry O. Flipper, who withstood silent treatment from his classmates to become the first black graduate of West Point in 1877. And World War II infantry medic Bruce M. Wright, who crawled through a minefield to shield a fallen soldier during an attack. Finally, we meet a young soldier in Vietnam, Colin Powell, who rose through the ranks to become, during the Gulf War, the first black chairman of the Joint Chiefs of Staff. Fourteen years in the making, American Patriots is a landmark chronicle of the brave men and women whose courage and determination changed the course of American history.

This is the incredible story of the men of the 99th, 100th, 301st and 302nd Fighter Squadrons and the 332nd Fighter Group. These fighter-escort pilots who fought in North Africa and Europe against the Nazis never lost a bomber on any mission. This book tells the stories of these brave black men through personal interviews, a large collection of archival photographs, and color paintings by Tuskegee Airman Roy LaGrone. 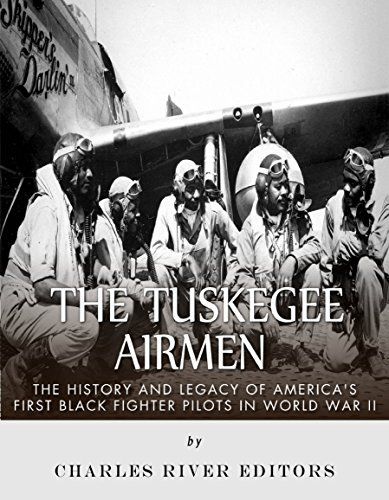 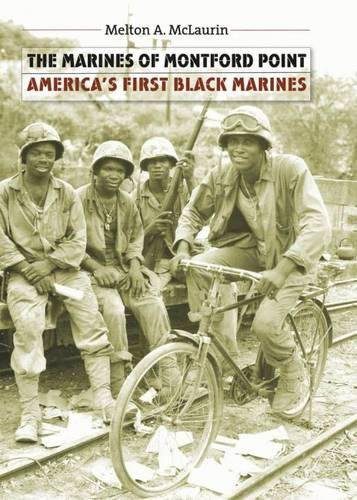 With an executive order from President Franklin Roosevelt in 1941, the United States Marine Corps–the last all-white branch of the U.S. military–was forced to begin recruiting and enlisting African Americans. The first black recruits received basic training at the segregated Camp Montford Point, adjacent to Camp Lejeune, near Jacksonville, North Carolina. Between 1942 and 1949 (when the base was closed as a result of President Truman’s 1948 order fully desegregating all military forces) more than 20,000 men trained at Montford Point, most of them going on to serve in the Pacific Theatre in World War II as members of support units. This book, in conjunction with the documentary film of the same name, tells the story of these Marines for the first time.

Drawing from interviews with 60 veterans, The Marines of Montford Point relates the experiences of these pioneers in their own words. From their stories, we learn about their reasons for enlisting; their arrival at Montford Point and the training they received there; their lives in a segregated military and in the Jim Crow South; their experiences of combat and service in World War II, Korea, and Vietnam; and their legacy. The Marines speak with flashes of anger and humor, sometimes with sorrow, sometimes with great wisdom, and always with a pride fostered by incredible accomplishment in the face of adversity. This book serves to recognize and to honor the men who desegregated the Marine Corps and loyally served their country in three major wars. 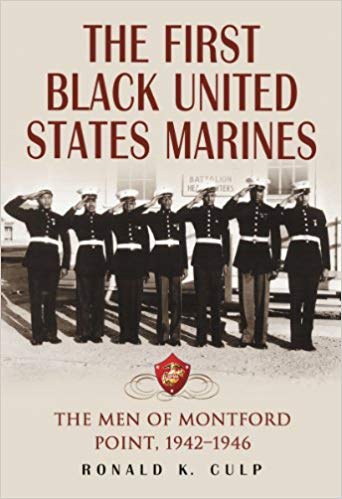 On June 1, 1942, the United States Marine Corps broke a 144-year tradition and enlisted the first black Marines. Three months later, more than 400 black volunteers began their training as members of the 51st Composite Defense Battalion at Montford Point, a Marine camp of over five square miles located within Camp Lejeune in North Carolina. Informed by personal interviews, this volume takes an in-depth look at the men who braved the color barrier and became the first black Marines. Beginning with a look at the pre-World War II Marine Corps, it examines the creed and contemporary image of the USMC. The main focus is the experiences of the new black Marines. Additional topics include internal Marine perspectives on the admittance of blacks, initially enforced quotas, and the difficulties of segregation. Appendices provide information regarding monthly inductions into the Marine Corps from 1941 to 1945; rank and pay structure; depot and ammunition companies from 1943 to 1946; and Pacific Ocean area units of fire for ground weapons. 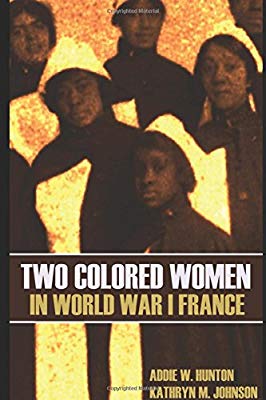 Approximately 150,000 African-American soldiers, officers and men went to France to serve in WWI. Alongside them were thousands of African-American women who served in the various volunteer relief organizations like the Red Cross and the Y.M.C.A. Addie Hunton and Kathryn Johnson were two of the women who served. With keen observation and intelligence, they tell the story of what it was like to be overseas “fighting for democracy” with only a glimmer of hope of achieving it back home after the war They relate the soldiers’ stories as well as their own excitement at their new experiences in Europe. Their experience of interacting with the French sharply contrasted with the segregation and humiliation exported from America to France with the Yankee troops. Yet they did not carry bitterness home with them. They remained proud and glad that they had the privilege to serve