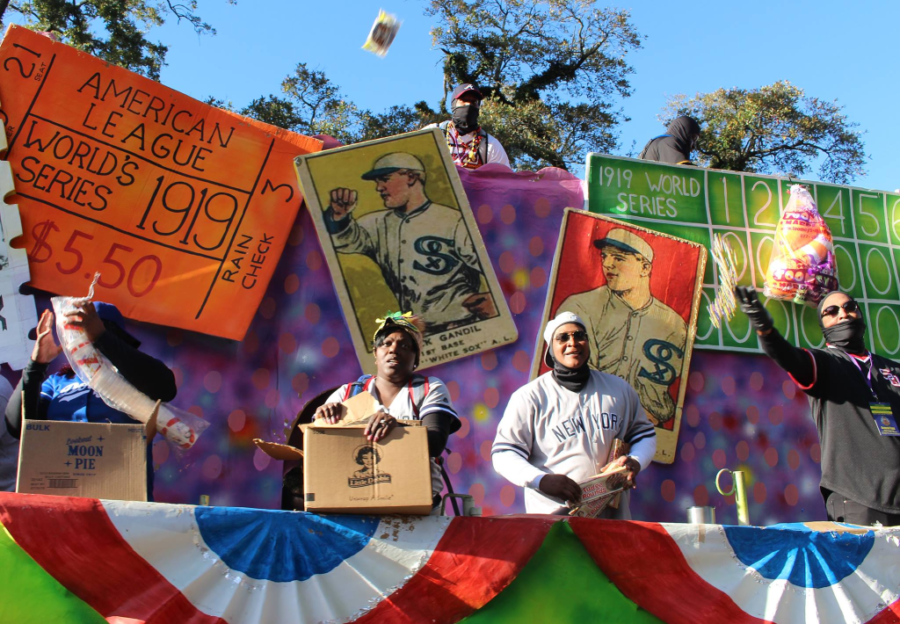 Mardi Gras celebrations are beginning and there are some rules to enjoying the festivities you should know, especially when it comes to the food. The three oldest celebrations are in New Orleans, Mobile, and Pensacola (Florida). Each has its own traditions and they have a few in common. What do they have in common? Creole culture and people of Creole heritage. The krewes or organizations and groups that host Carnival events, the throws or trinkets and food thrown from the Mardi Gras parade floats and from one person to another, and the good time. You must have a good time. While people celebrate collectively, it is the Carnival traditions in African American communities that were born out of strict segregation and Jim Crow laws that continue to protect and respect African and Native American culture with almost every detail.

Let’s begin with Mobile, Alabama’s Mardi Gras. Festivities began before the end of the last year and will continue until February 25. Mobile’s Mardi Gras is the oldest documented Carnival that started in 1703. Blacks began parading and holding their own festivities in the late 1800s and by the 1930s an organization had been founded to provide oversight of all of the black community’s festivities.

Before or after you catch those Moon Pies, honeybuns, candy and doubloon (coins) during the parade, there are dozens of places along the route where you can pick up great food that includes Cajun and Creole cuisines. Vendors with baskets, push carts or stands are allowed along the parade route, and while the food is pretty standard festival/fair food, people who don’t eat meat or who are gluten-free could find something to suit their diets. Otherwise, if you want fried chicken or oysters or ribs and white bread, then you will be certain to find it along the route.

New Orleans’ Mardi Gras is the well-known Carnival. It’s the first one everyone thinks of and the images that come to mind are of people walking down Bourbon Street imbibing Hurricanes, trading beads and lots of drunk body part flashing. New Orleans’ oldest African American krewe is the Krewe of Zulu or The Zulu Social Aid & Pleasure Club marched in its first parade in 1909 and now shares royalty status with Krewe of Rex. The Zulus began as a group that collected small dues from people in the community to assist in times of financial hardship and to help with burial expenses, and they continue their benevolence work. Their “throw” is the coconut or “Golden Nugget.”

On February 25, Krewe of Zulu leads them all.

The Zulus are a part of the larger Uptown celebration, so food will be found everywhere. However, their Lundi Gras Festival on February 24 is the one place you can eat some of the finest Creole, Cajun, and NOLA soul food available. There will be over 20 food vendors serving up crawfish, shrimp, alligator sausage, jambalaya, corn shrimp & crab bisque, red beans and rice, baked macaroni, crawfish pasta, philly steak po-boy, catfish po-boy, shrimp po-boy, oyster po-boy, hot sausage po-boy, pull pork sandwiches, bbq ribs & chicken, charbroiled oysters, New Orleans style gumbo, crawfish enchilada, bread pudding, sweet potato pie, pralines, and more. There will be plenty of food and entertainment that culminates in the grand arrival of the Zulu King.

If you cannot make it, you can always order one of the Zulu King Cakes. Proceeds from each sale goes to their scholarship fund.

Pensacola is the first known city in Florida to celebrate Mardi Gras. Celebrations at the first part of the 20th century involved a citywide parade that included African Americans but at night the balls were fully segregated. One of the oldest African American krewes is the Krewe of African Kings, which was established in 1990. It is a small krewe of about 25 members, but they participate in the grand parade. The Krewe of African Queens (KAQ) is a Mardi Gras krewe in Pensacola, Florida that was established in 2002. Like the African Kings, their ball is held in January and invitation only as is membership.

The big celebration is The Fat Tuesday Priscus celebration, which is on Lundi Gras (Monday) and Mardi Gras Day (Fat Tuesday), which represents the end of the Mardi Gras Season.

Food and novelty vendors will be all along the parade route, but if you need to eat something more, here are three black-owned restaurants near downtown Pensacola.

The Englewood All in One Kitchen Ministry Restaurant, 1100 W Scott St, Pensacola, FL 32501, 850-434-1440. A church ministry that runs a restaurant open to the public. The restaurant supports the work of feeding the community. Call for times, hours.

You know where and what to eat, but now you need to know how. You eat as much as you can handle, and enjoy every last bite.