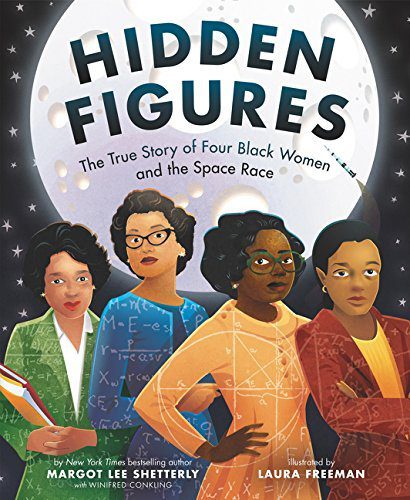 We love babies in the South and a Black Southern Belle o loves teaching them African American History Books. Today we are giving you some resources for storytime with your babies. To get your book collection started, we are showcasingA�A�8 African American History Books for Children.A� We would love to add some of your favorite books to this list! Be sure to share your storytime images on social media with the hashtag #balcskouthernbelleA�

A Child’s Introduction to African American History: The Experiences, People, and Events That Shaped Our Country 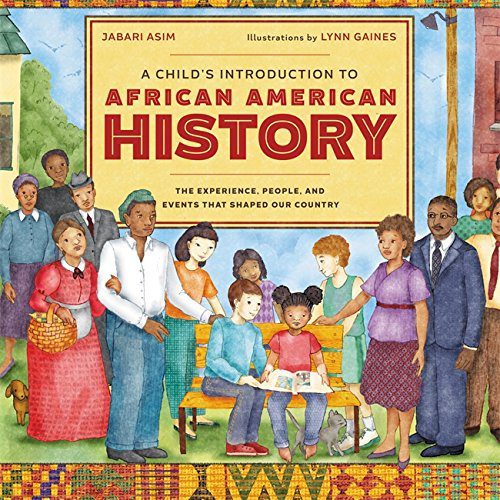 Jabari Asim goes beyond what’s taught in the classroom and tells a fact-filled history of African Americans through politics, activism, sports, entertainment, music, and much more. You’ll follow the road to freedom beginning with the slave trade and the middle passage through the abolitionist movement and the Civil War where many African Americans fought as soldiers. You’ll learn how slave songs often contained hidden messages and how a 15-year-old Jamaican-born young man named Clive Campbell helped to create hip-hop in the early 1970’s.A�
You’ll experience the passionate speeches, marches, and movements of the Civil Rights era along with and the sacrifices of Martin Luther King, Rosa Parks, Medgar Evers, and many others.
Along the way there are dozens of profiles of political trailblazers like Shirley Chisholm, the first black women elected to Congress in 1968; dominants athletes like Tiger Woods who, in 1995, was only the second African American to play in a Master’s Golf Tournament which he went on to win in 1997; popular musicians like Miles Davis, one the most influential artists of the twentieth century; and inspiring writers like Toni Morrison, the first African American to win the Nobel Prize in literature.
Filled with beautiful illustrations that bring these figures and events to life, plus a removable historical timeline, A Child’s Introduction to African American History is a fascinating and comprehensive guide to this often overlooked yet immensely important part of American history. 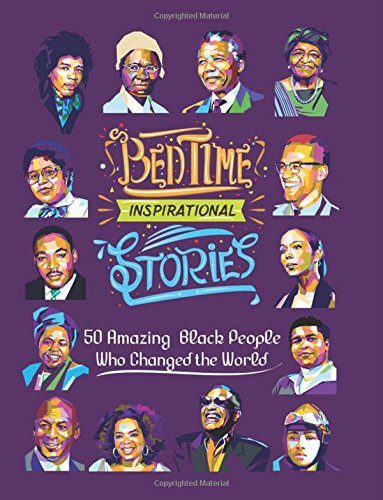 Help your child develop a strong sense of self by following these stories that can equip children with the powerful mantra: We Are Masters of Our Own Destiny.A�
Bedtime Inspirational Storiesa�� celebrates the achievements of the amazing black women and men who have paved the way for future generations.
Unfortunately, in todaya��s world, it can be a challenge to raise positive kids, as they are constantly bombarded with negative messages. More than ever, parents and teachers need to create a positive atmosphere for our children in order to help them believe in themselves.
Thata��s why wea��ve proudly created this richly illustrated and inspiring book,A�Bedtime Inspirational Stories: 50 Amazing Black People Who Changed the World, which highlights the achievements and stories of fifty notable women and men from the 18th century to today. Some were born slaves, some grew up in poverty, and some had physical or emotional challenges. Some were born many years ago, and some are still with us. The stories in the book include those of political activists, scientists, artists, musicians, inventors, businesspeople, Nobel prize winners, and more.

Hidden Figures: The True Story of Four Black Women and the Space Race

They participated in some of NASA’s greatest successes, like providing the calculations for America’s first journeys into space. And they did so during a time when being black and a woman limited what they could do. But they worked hard. They persisted. And they used their genius minds to change the world.

In this beautifully illustrated picture book edition, we explore the story of four female African American mathematicians at NASA, known as “colored computers,” and how they overcame gender and racial barriers to succeed in a highly challenging STEM-based career 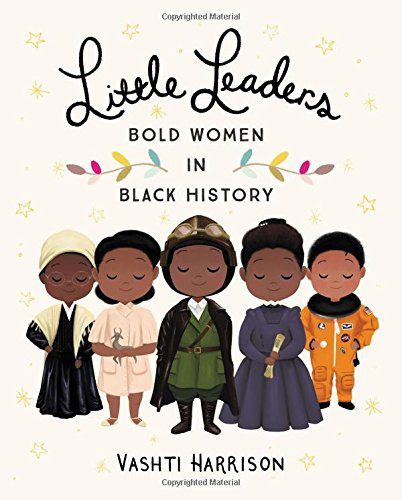 Featuring forty trailblazing black women in American history,A�Little LeadersA�educates and inspires as it relates true stories of breaking boundaries and achieving beyond expectations. Illuminating text paired with irresistible illustrations bring to life both iconic and lesser-known female figures of Black history such as abolitionist Sojourner Truth, pilot Bessie Coleman, chemist Alice Ball, politician Shirley Chisholm, mathematician Katherine Johnson, poet Maya Angelou, and filmmaker Julie Dash.A�A�Among these biographies, readers will find heroes, role models, and everyday women who did extraordinary things – bold women whose actions and beliefs contributed to making the world better for generations of girls and women to come. Whether they were putting pen to paper, soaring through the air or speaking up for the rights of others, the women profiled in these pages were all taking a stand against a world that didn’t always accept them 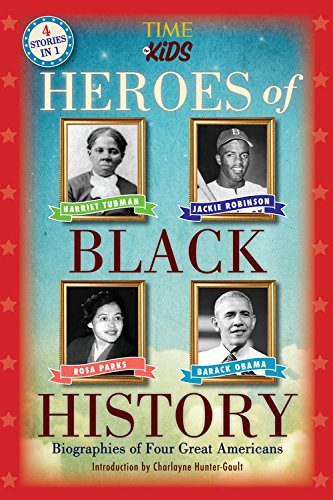 TIME For Kids Heroes of Black HistoryA�presents the stories of four great American heroes every child should know about in one volume: Harriet Tubman, Jackie Robinson, Rosa Parks, and Barack Obama. Featuring an introduction by journalist and civil rights activist Charlayne Hunter-Gault,A�Heroes of Black HistoryA�shines a light on the long fight for social justice in the United States as it highlights the accomplishments and personal histories of these four pivotal Americans.

Please, God, try to forgive those people. Because even if they say those bad things, They don’t know what they’re doing. This is the true story of an extraordinary 6-year-old who helped shape history when she became the first African-American sent to first grade in an all white school. This moving book captures the courage of a little girl standing alone in the face of racism.quot;Ford’s moving watercolor paintings…capture the…warmth of Ruby’s family and community, the immense powers against her, and her shining inner strength.

If You Were a Kid During the Civil Rights Movement

Joyce Jenkins has recently moved to a new town with her family, and she will soon be attending a segregated school for the first time. Meanwhile, Connie Underwood is trying to figure out what her twin brothers are planning in secret. Follow along with the two girls as they find themselves in the middle of a civil rights demonstration, and find out how the fight for equality changed the country forever. 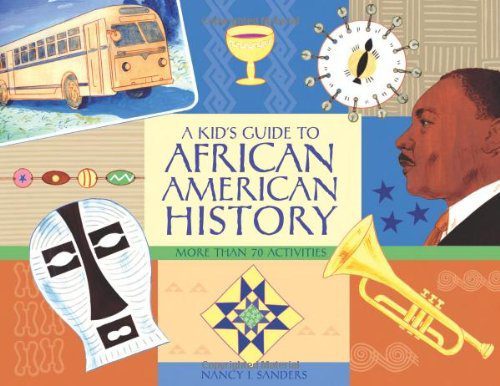 What do all these people have in common: the first man to die in the American Revolution, a onetime chief of the Crow Nation, the inventors of peanut butter and the portable X-ray machine, and the first person to makeA�a wooden clockA�in this country? They were all great African Americans. For parents and teachers interested in fostering cultural awareness among children of all races, this book includes more than 70 hands-on activities, songs, and games that teach kids about the people, experiences, and events that shaped African American history. This expanded edition contains new material throughout, including additional information and biographies. Children will have fun designing an African mask, making a medallion like those worn by early abolitionists, playing the rhyming game “Juba,” inventing Brer Rabbit riddles, and creating a unity cup for Kwanzaa. Along the way they will learn about inspiring African American artists, inventors, and heroes like Harriet Tubman, Benjamin Banneker, Rosa Parks, Langston Hughes, and Louis Armstrong, to name a few.