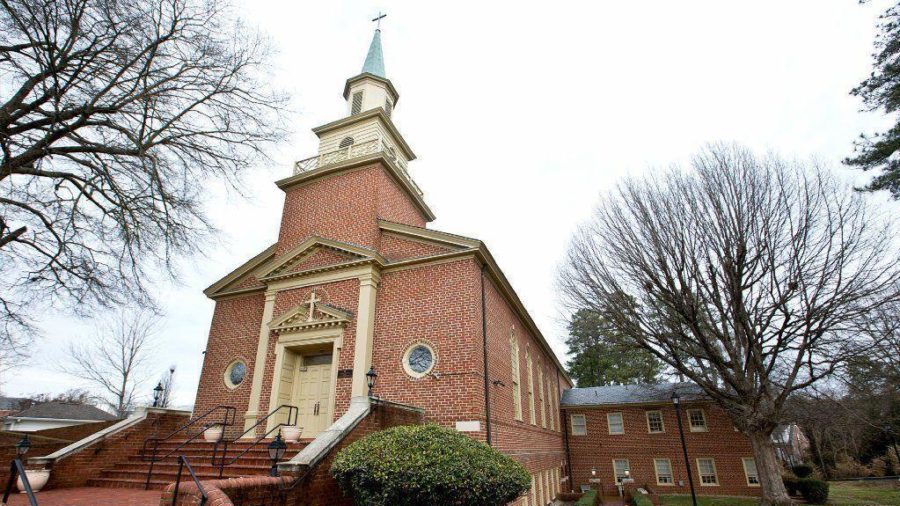 Looking for something to do on New Year’s Eve? Why not take a trip and celebrate a New Year’s Eve Watch Night at a Historic Black Church. Watch Night, also called Freedom’s Eve, Christian religious service held on New Year’s Eve and associated, in many African American churches, with a celebration and remembrance of the Emancipation Proclamation (enacted January 1, 1863), which freed slaves in the Confederate states during the American Civil War. Today we are showcasing Historic Black Churches to Visit for Watchnight Celebrations a perfect getaway for New Year’s Eve Travel. Check out this list below and share some of your favorite churches.

First African Baptist Church, located in Savannah, Georgia claims to be derived from the first black Baptist congregation in North America. While it was not officially organized until 1788, it grew from members who founded a congregation in 1773.

In 1846, the First Baptist Colored Church of Pensacola was erected at Seville Square by free People of Color and slaves.  Before the Civil War, slaves and masters worshiped together at this church, but during the war a conflict developed between the white and black members.  When rumor spread that the town would be burned, all except 72 whites and ten colored people fled war torn Pensacola.  Most of these people took the train to Greenville, Alabama where the government of Pensacola operated in exile.  When the war ended in 1865, many people eventually returned to Pensacola.  While all the white churches locked their doors, the ten colored people kept the doors of the Baptist Church opened.  Thus, the First Baptist Colored Church was the lone Civil War survivor of Pensacola’s Protestant churches.

The First Baptist Church of Williamsburg was organized in 1776, with a quest by a group of courageous slaves and free blacks who wanted to worship God in their own way.  First led by Rev. Moses, a free black itinerant preacher, they built a brush arbor* at Green Spring Plantation, a few miles from town, to gather secretly in song and prayer.

Organized as Baptists by 1781 under Rev. Gowan Pamphlet, an enslaved man in Williamsburg, worshippers moved to Raccoon Chase, a rural area just outside Williamsburg.  Moved by their stirring hymns and heartfelt prayers, a member of the Cole family, Williamsburg landowners, offered the group the use of his carriage house on Nassau Street for a meeting place. Pamphlet continued as pastor until his death about 1807.

The African Baptist Church, as it became known before the Civil War, dedicated a new brick church near the carriage house on Nassau Street in 1856, the congregation’s church home for the next 100 years.  In 1863, the church was renamed the First Baptist Church of Williamsburg.  The present church at 727 Scotland Street has served the congregation since 1956.

In 1844, as the AME Church expanded into the Deep South, the first church established was called “St. James Chapel,” in New Orleans. In addition to being the birthplace of the Prince Hall Mason’s Grand Lodge of Louisiana, the church’s most famous members include P.B.S. Pinchback, Louisiana’s only Black Governor, Oscar J. Dunn, a former Black Lieutenant Governor who also served as Grand Master of the Prince Hall Masons, and Jordan Bankston Noble, Andrew Jackson’s drummer during the Battle of New Orleans.  Since its establishment, the AME Church in New Orleans has been at the forefront of the civil and human rights movements.

In 2005, Historic St. James was uninsured when Hurricane Katrina almost destroyed it.  Shortly thereafter, the Rev. Otto W. Duncan, Jr., a son of the church, was appointed to lead restoration.  He ably did so, while also helping establish the Roman-Bienville Homes as a housing ministry of the church, until his retirement, almost 10-years after Katrina. In November 2015, Bishop Julius H. McAllister, Sr. appointed the Rev. Jonathan C. Augustine as Historic St. James’ 46th Pastor. Rev. Augustine and First Lady Michelle continue a tradition of excellence and community engagement, while also leading restoration work. Under their leadership, the church’s newest ministries include the Digital & Media Arts Ministry and the Julius Harrison McAllister Community Development Corporation, named in honor of the AME Church’s 129th elected and consecrated bishop.

The Colleton County Historical and Preservation Society presented St. Peter’s A.M.E. Church with the Walterboro Key Historic Property Award on June 3, 1992. The award was presented for preserving the visual heritage of the neighborhood and leaving the church in its original state with only cosmetic changes. For more than one hundred forty-three years of existence, St. Peter’s ministers have lifted their voices for peace, love, and the teachings of God’s Word.

Rose Hill Missionary Baptist Church was organized in the 1800’s before the Civil War, and is the oldest organized black Baptist Church in the state of Mississippi. Randle Pollard was the first pastor.

The church took the name Rose Hill after the name of the Rose family who donated the land.

In 1907, the frame structure was destroyed by fire, but it was replaced by the present structure in 1908. The Moeller Organ was installed in 1912.

The church was placed on the National Historic Register in 1983.

In 1790 Peter Duerett, warmly known as Brother Captain, organized and pastored the African BaptistChurch. His charisma and his Godly qualities in spite of his position as a slave conditioned him and won for friends, both white and black. His nonviolent nature and his spirit-filled life gave credence to his kind Master, Mr. John Maxwell, who helped him to erect a long church at Lime and Euclid “Streets. “Pioneer Lexington” reads, “The log cabin founded by Captain (Peter Duerett’s more common name) was the seed from which grew Pleasant Green Baptist Church.” “Perrins History” list Pleasant Green as, “The First Church Among People of Color in Lexington.

Organized in 1866, New Hope Baptist Church is one of the oldest African American churches in Waco. Noted throughout its history for its excellent church music programs, New Hope is still a vibrant center of worship for Waco’s black community.

The end of the Civil War brought new freedoms to African Americans residing in Waco. Though blacks had previously been allowed limited worship opportunities at First Baptist Church of Waco, several African American congregants desired to use their increased postwar liberty to found a church of their own. Assisted by Baylor University President Rufus Burleson and First Baptist Pastor S. G. O’Bryan, eighteen black members of First Baptist formed a Missionary Baptist church on June 10, 1866. They named the church New Hope, a title befitting the spirit of optimism that fueled its establishment.


Saint Bartley Primitive Baptist Church is 186 years old and is recognized as the oldest Black Church in the State of Alabama. During our 186 years, our church has only had eight pastors: Elders William Harris, Bartley Harris, (Saint Bartley is named for this pastor), Felix Jordan, Elias Patton, Richard Moore, Amos Robinson, V. Castle Stewart and our present pastor, Elder William T. Gladys.