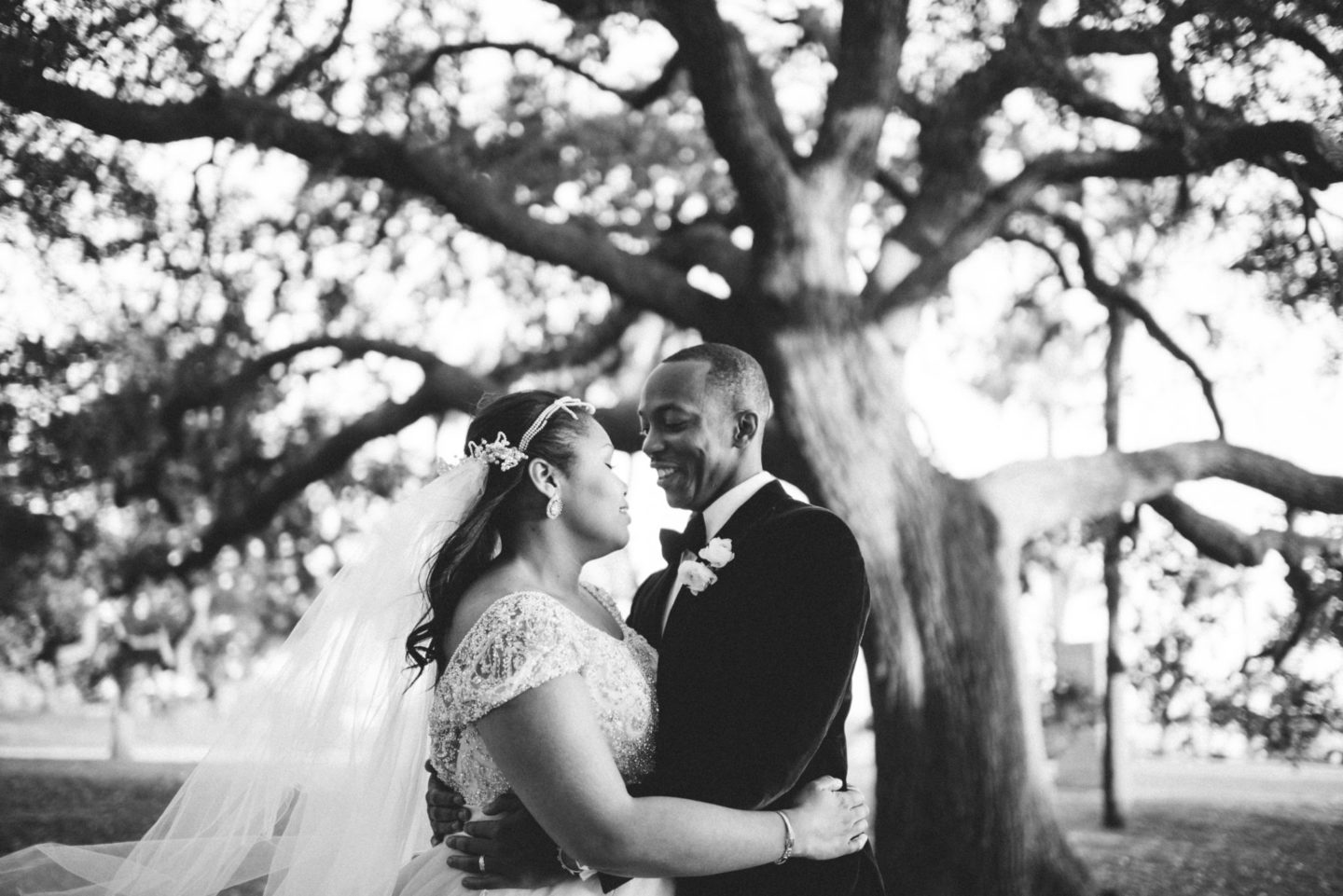 African American wedding traditions span generations and even have ties to African customs. The symbolic way in which weddings are celebrated within the African American community range from couple to couple, and region to region.

Here’s a look at some unique ways African American couples say “I do!”

Jumping the broom is an ode to the past and a way to commemorate matrimony. This heirloom tradition started during slavery, when enslaved people were not allowed to get married and their union wouldn’t be honored by their master or their master’s church. So, brooms, which are a symbol of luck in some African cultures, became an African American wedding tradition.

The bride and groom would say “I do” and during a makeshift ceremony, a broom would be laid on the ground and the two would leap across it. The jump would symbolize the start of a new life together for the couple. Couples of African American ancestry have been doing the jump for generations to seal the deal!

In most weddings, “Here Comes the Bride” is the ceremonial bridal walk song. In African American weddings, many couples ditch tradition here and opt for songs near and dear to their heart. Many choose R&B songs that are special to the couple or a song that celebrates marriage and love.

Additionally, first dance songs are usually non traditional and in many African American weddings, new traditions are being born. Some couples even opt for performing for their new spouse during their first dance or have someone else perform a song.

Our Perception of the Reception

Receptions in African American weddings are always the time for the newlyweds and their family and friends to celebrate the tying of the knot. In African American weddings, this is often a time to eat well, drink well and dance to the many songs that mean so much to the culture. Before the reception begins, the couple is usually introduced as newlyweds. Some couples are introduced with drum lines, second line bands, jazz parades and more.

Also, African American receptions usually involve some sort of line dancing, whether that be the “Electric Slide” or the “Cupid Shuffle.” An African American wedding isn’t a wedding without jubilant dancing, which happens to be another African custom.

For those that are members of Black Greek fraternities and sororities, those traditions become intertwined into weddings as well. Many organizations have wedding serenades and many members “stroll” or do their organization’s dances or step during wedding receptions as a way to honor the member and to honor the bonds built with their fraternity or sorority.

There are many other African American wedding traditions as well that are celebrated throughout Black culture. From tying a physical knot of African fabric around the bride and groom’s wrists while exchanging vows, to pinning money on the bride, to pouring libations for the ancestors, these traditions are customs that help to celebrate the love and joy within our communities. Which traditions did you celebrate at your wedding?