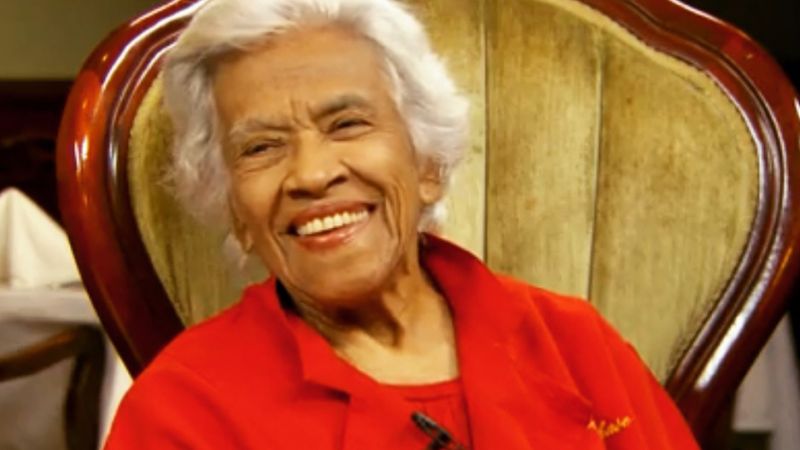 The late Leah Chase was a force to be reckoned with in business and life. But it was her business savvy that transitioned the little family run restaurant owned by her late husband’s parents into one of the most famous restaurants in the world. The young woman from Madisonville, Louisiana who ventured back to the place of her birth, New Orleans, became a woman who fed heads of state, notables from around the world and the kings and queens who pretended to be the common folk of New Orleans. Her passing warranted two services and tributes far and wide. She was The Queen and a living legend.

But her business-savvy is worthy of examination. Black women food entrepreneurs can learn much from Leah’s life. Here are seven lessons.

Veteran food editor and writer, and Serious Eats’ managing culinary director Dan Gritzer shared an interview on Serious Eats he conducted with Leah more than five years ago, which was published as a part of his tribute upon her death. In some of the answers to Dan’s questions are nuggets of advice and inspiration that can jar your creativity and even give you an idea or two.

Leah was the consummate student. She paid close attention to her elders and others. In fact, she studied her own mother-in-law.

My mother-in-law was a progressive woman. She didn’t know anything about restaurants in those days, but she’d give it a try. She borrowed $600 from a brewery; that’s how she opened this restaurant. She was really making money—she was the bank, too. People would come, they’d work, and after they worked they’d come and cash their checks with her. She’d sit with her box in her lap, and she’d cash checks. And then they’d buy oyster rolls to take home.

Leah studied her market and created a vision to serve them better.

You have to understand what restaurants were in the black community then. Blacks didn’t eat out much, because they didn’t have places where they could eat. When I came in, I said I wanted to change this and that, whatever I learned from the other side of town. We started putting tablecloths on the tables and got it going.

Leah gave herself permission to make a mistake and pivot to find out what worked best.

First thing I put on the menu was lobster thermidor, but nobody knew what the heck that was…

…I had to back up and start doing things we were accustomed to at home. Oyster dressing, and the jambalayas. Some of the recipes, well, my mother-in-law was a good cook, so she already had done gumbos and the fried stuff. So you learn. I had to learn. A lot of chefs helped me, and I had to learn from a lot of chefs.

Leah learned early on that sometimes you give something more than food. Like safety, knowledge and freedom.

Then, in the ’60s, here comes the new breed of black people. They thought the NAACP was moving too slow, so they were going to move fast. They’d meet here and plan what they were going to do. They’d go out, some would go to jail, some would go all over, sitting in and protesting…  I started collecting art in 1972 or ’73, because I knew a lot of artists. John Scott was living there and doing art. In those days, they had no place to show their work. Galleries didn’t pick up on African American art, and anyway, African Americans weren’t allowed in the museums till the ’60s, so we didn’t know anything about it. I started putting their art up in here.

Leah did what she loved without concern about fame or attention.

You just get known doing what you have to do every day, and that’s thinking about other people and trying to help them up. I don’t only help people in my community. I do for everybody, white, black, whatever, that need my help. And I guess, I never know—sometimes I wonder, what do you see with me that’s different?

Leah believed giving and receiving were part of the same process.

I had helped raise money for food banks, and they raised money to help buy me new chairs. Everybody helped me get back on my feet. You do things for others, and you never know when you’re going to need that person. I try to encourage other people to just do something, for heaven’s sake. You might not have money. I think that’s the biggest cop-out in the world. You don’t give the money, so you give the service. Anything you’ve got, you can share.

The most priceless lesson of all.

I’m never going to give up. I’m going to stay on this battlefield till I die.

Thank you so much, Dan.

About Fresh and Fried Hard:

Fresh & Fried Hard is part metaphor and all truth. Do not stand behind a black woman in a fast food ordering line unless you have time. We’re the ones asking if the fries are fresh and telling you to fry those chicken wings hard. Our noses and tongues possess magical powers. We can smell and taste when something is not quite right with the recipe. Our ability to build communities, send folk to college, and keep the lights on with a few eggs, some flour and a hot stove is our hallmark. And no one does almost better than Jesus than spiritual mothers who can multiply fish filets, a few loaves of white bread and some spaghetti to raise money for the building fund or to help someone pay for a funeral.