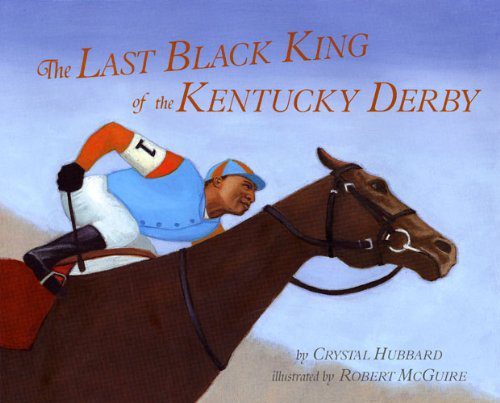 Derby Season is right around the corner. As much as we love getting dressed up and wearing our big hats for the main events, we also love learning about the history of the Kentucky Derby. One little-known fact that should be more well known is that the Derby season was once dominated by African American Jockeys. To learn more about this history, we are sharingA� 5 African American Kentucky Derby Books We Love. Be sure to add to add these books to your collection!

The Last Black King of the Kentucky Derby: The Story of Jimmy Winkfield

Born into an African American sharecropping family in 1880s Kentucky, Jimmy Winkfield grew up loving horses. The large, powerful animals inspired little Jimmy to think big. Looking beyond his family’s farm, he longed for a life riding on action-packed racetracks around the world. Like his hero, the great Isaac Murphy, Jimmy ‘Wink’ Winkfield would stop at nothing to make it as a jockey. Though his path to success was wrought with obstacles both on the track and off, Wink faced each challenge with passion and a steadfast spirit. Along the way he carved out a lasting legacy as one of history’s finest horsemen and the last African American ever to win the Kentucky Derby.A�The Last Black King of the Kentucky DerbyA�brings to life a vivacious hero from a little-known chapter of American sports history. Readers are transported trackside to witness the heart-pounding story of a vibrant young man chasing down his dream 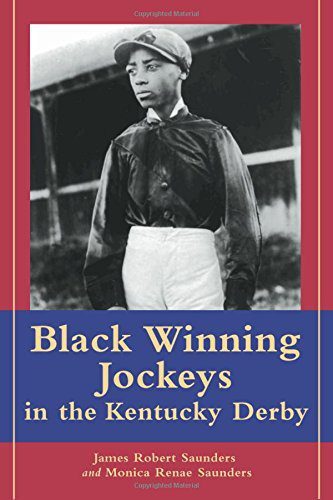 More than a century before Jackie Robinson broke the color barrier in major league baseball, black athletes were dominating America’s first national sport. The sport was horse racing, and the greatest jockeys of all were slaves and the sons of slaves. Cheered by thousands of Americans in the North and South, they rode to victory in all of the major stakes, including the very first Kentucky Derby. Although their glory days ranged from the early 1700s to the turn of the 20th century, the memory of these great black jockeys was erased from history. Who were these athletes and why have their names vanished without a trace?

Race Horse Men: How Slavery and Freedom Were Made at the Racetrack 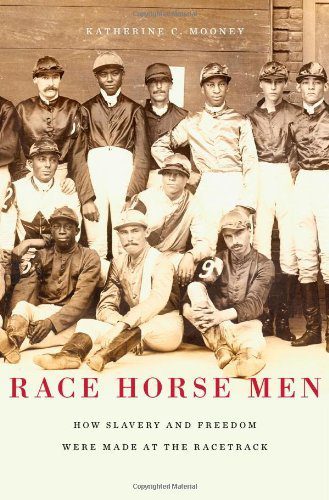 A popular pastime across American society, horse racing was most closely identified with an elite class of southern owners who bred horses and bet large sums of money on these spirited animals. The central characters in this story are not privileged whites, however, but the black jockeys, grooms, and horse trainers who sometimes called themselves race horse men and who made the racetrack run. Mooney describes a world of patriarchal privilege and social prestige where blacks as well as whites could achieve status and recognition and where favored slaves endured an unusual form of bondage. For wealthy white men, the racetrack illustrated their cherished visions of a harmonious, modern society based on human slavery.

Black Maestro: The Epic Life of an American LegendA� 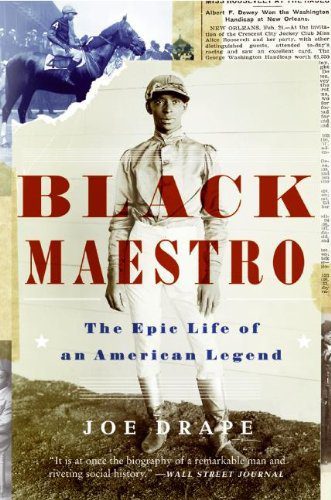 In Black Maestro, Joe Drape meticulously brings to life the drama, adventures, romances, and heartbreaks of an unlikely participant in the greatest historical events of the twentieth century. It is a breathtaking narrative that takes you from pastoral Kentucky to Moba��controlled Chicago, from the horse country of Poland to the chaos of Red Square, and from freewheeling Paris to the harda��luck American South of the Depression. It is also a story that returns Jimmy Winkfield to his rightful place as an original American hero.