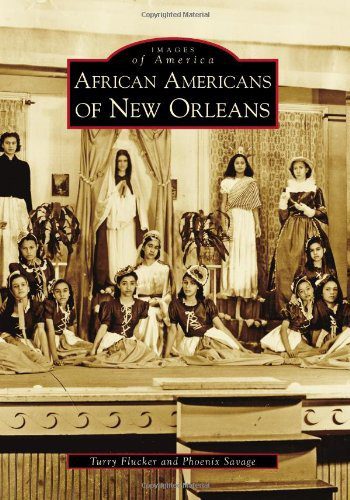 Love history and learning about southern culture especially from the Crescent City. We have the perfect book list for you to add to your library collection. Check out our favorite New Orleans African American History Books to Read. These books are great gifts to give to your friend for her next NOLA trip or a perfect way to take a getaway without leaving your home.A� Share some of your favorite books with us through social media with the hashtag #blacksouthernbelle

Enslaved Africans and free people of color of Louisiana deserve the title of a�?Founding Fathersa�? just as much as the French, the Spanish, and the Americans. In spite of their subjugated role as slaves, African Americans of Louisiana, and subsequently New Orleans, were contributors to the success of the state and the city far beyond their role within the labor force. Imported into the Louisiana Territory by John Lawa��s Company of the Indies, enslaved Africans, fed on a pound of corn a day, gave birth to American figures of the 19th and 20th centuries. Mahalia Jackson, Louis Armstrong, Homer Plessy, Marie Laveau, Buddy Bolden, Julies Lion, Alice Dunbar-Nelson, the fighting men of the Louisiana Native Guard, Ernest a�?Dutcha�? Morial, and many other African Americans contributed to the growth and development of New Orleans. Every African American citizen of New Orleans is intrinsically connected to the citya��s cultural and political landscape. 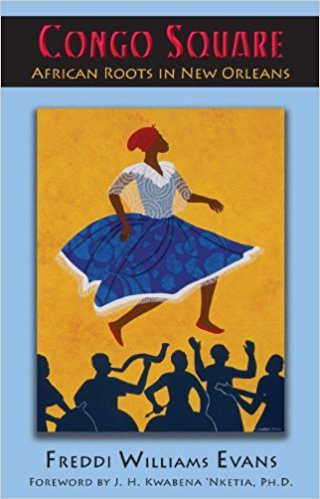 Congo Square: African Roots in New Orleans comprises the first comprehensive study of one of the New World’s most sacred sites of African American memory and community. Beginning in the eighteenth century, enslaved Africans and free people of color gathered in Congo Square on Sunday afternoons discontinuously for well over one hundred years. This book presents accounts and descriptions of the songs, dances, musical instruments, religious beliefs, and marketing traditions that typified those gatherings. Also included are examples of similar practices that existed in Haiti, Cuba, and other parts of the West Indies, reflecting New Orleans’ relationship with Caribbean countries and shedding light on Congo Square’s role in extending and perpetuating African music and dance in North America. The amalgamation of those practices influenced indigenous New Orleans performance styles as well performance forms on the national level.

Written in a language accessible to the general public and students on the undergraduate as well as secondary level, this book includes an innovative timeline, maps, graphic images, extensive endnotes, and bibliographic references. This distinguishes it as an exceptional teaching resource for Louisiana as well as African American history and culture across the curriculum. 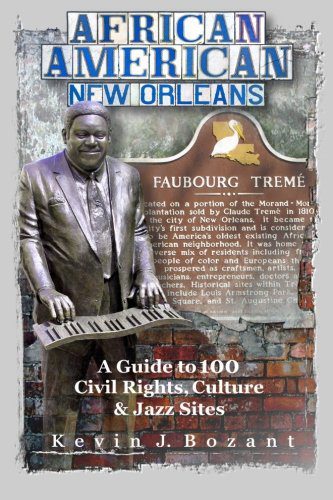 No other city in America appreciates and celebrates the African American cultural landscape as does New Orleans. There are seventy-three distinct neighborhoods in the Crescent City. In three adjacent neighborhoods a�� Faubourg TremA�, Faubourg St. Mary and the French Quarter a�� there are more than fifty statues and historic sites honoring African American contributions to the cultural and civil rights history of New Orleans. In the fifteen neighborhoods mentioned in this book, there are well over one hundred. African American New Orleans is an essential and valuable reference for everyone visiting New Orleans; especially during Mardi Gras, Audubon Zoo Soul Fest, New Orleans Jazz & Heritage Festival, The Essence Music Festival, Juneteenth, Satchmo Summerfest, The New Orleans Blues & BBQ Festival, The Bayou Classic and Kwanzaa. It is also a guide for residents of the New Orleans area who may not be aware of the history surrounding them. Volumes have been written about New Orleans civil rights history. Library shelves overflow with extensive works about the origins of jazz and the unique culture of the Crescent City. This book, however, is written with the visitor in mind by providing over one hundred photographs accompanied by concise, informative text describing the significance of each site. In addition, neighborhood and street addresses are provided which can be quickly located via your smart phone map application. There is also a convenient neighborhood index on page 127 to help you find sites close to your current location. This book also serves as a helpful study guide for New Orleans school students and teachers; providing a framework for discussion and further research into the fascinating social and multi-cultural fabric of African American New Orleans.

An examination of the musical, religious, and political landscape of black New Orleans before and after Hurricane Katrina, this revised edition looks at how these factors play out in a new millennium of global apartheid. Richard Brent Turner explores the history and contemporary significance of second linesa��the group of dancers who follow the first procession of church and club members, brass bands, and grand marshals in black New Orleansa��s jazz street parades. Here music and religion interplay, and Turnera��s study reveals how these identities and traditions from Haiti and West and Central Africa are reinterpreted. He also describes how second line participants create their own social space and become proficient in the arts of political disguise, resistance, and performance.

The ‘Baby Dolls’: Breaking the Race and Gender Barriers of the New Orleans Mardi Gras Tradition

One of the first women’s organizations to “mask” in a Mardi Gras parade, the “Million Dollar Baby Dolls” redefined the New Orleans carnival tradition. Tracing their origins from Storyville brothels and dance halls to their re-emergence in post-Katrina New Orleans, author Kim Vaz uncovers the fascinating history of the “raddy-walking, shake-dancing, cigar-smoking, money-flinging” ladies that strutted their way into a predominantly male establishment.

The Baby Dolls formed around 1912 as an organization for African American women who used their profits from working in New Orleans’s red-light district to compete with other black women in their profession on Mardi Gras. Part of this competition involved the tradition of masking in which carnival groups create a collective identity through costuming. Their baby doll costumesa��short satin dresses, stockings with garters, and bonnetsa��set against their bold and provocative public behavior not only exploited stereotypes but also empowered and made visible an otherwise marginalized demographic of women. 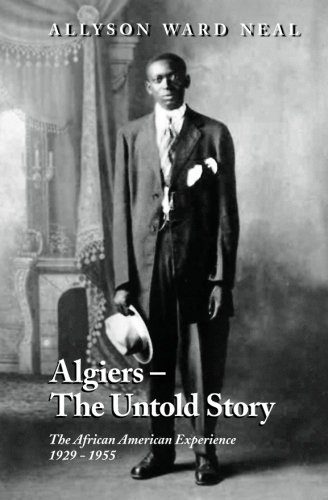 Algiers: The Untold Story, the African American Experience, 1929-1955 is a community history book that explores the lives of African Algiers community of New Orleans during the Great Depression, World War II and the beginning of the Civil Rights Movement.