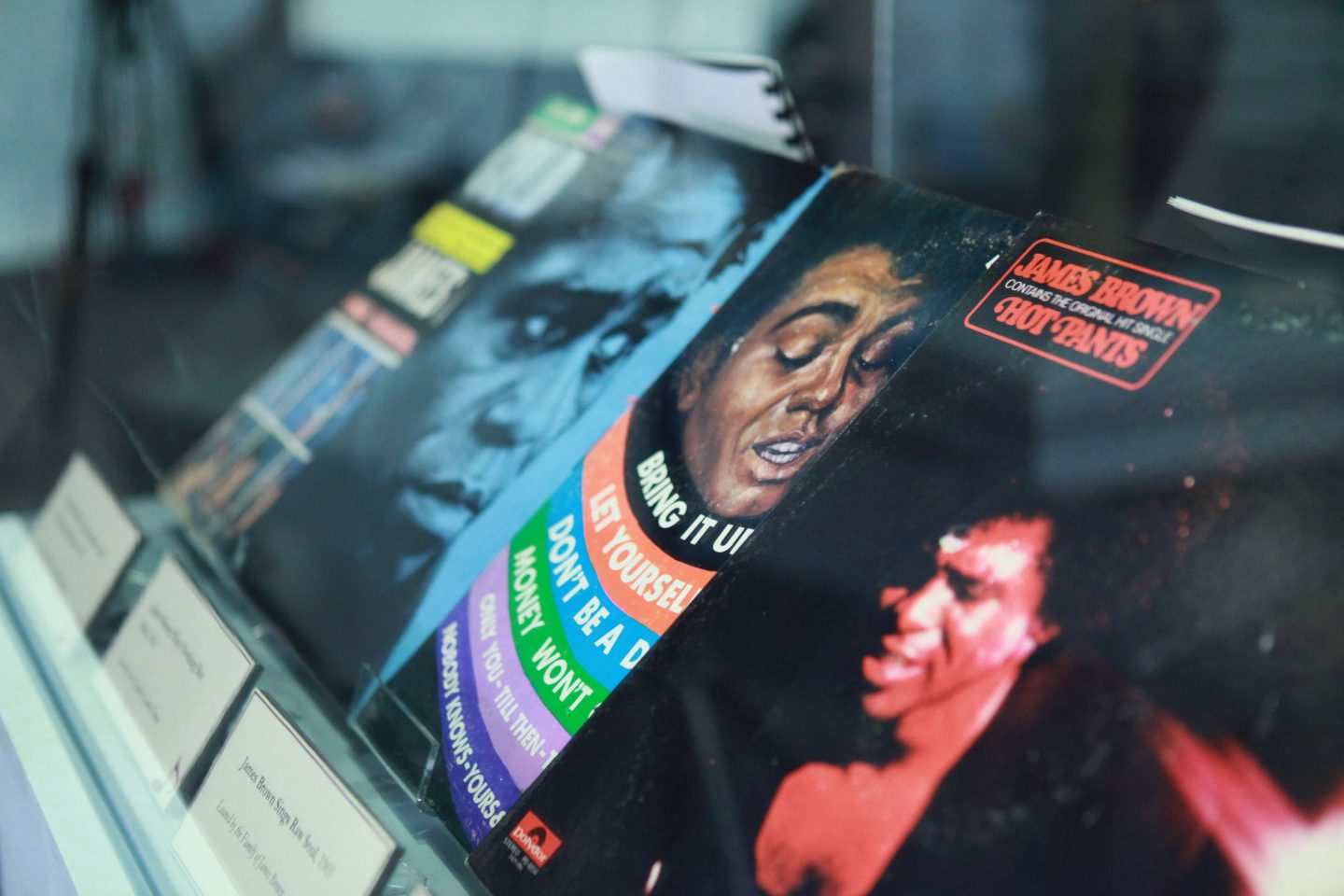 This year in celebration of soul icon, James Brown, the historic Miller Theater (the second largest theater behind Atlanta’s Fox Theatre) will be hosting a FREE James Brown Birthday Bash at the theater on Friday, May 3, 2019. That’s right… FREE. The J.A.M.P. band will be featured along with the James Brown Band, special guest Bootsy Collins and a DJ Tribute to Sharon Jones (her birthday is May 4).

James Brown not only left his imprint on the music community when he busted in with the sounds, moves and soul like many had never seen, but he also left a major impression on what he considered his hometown of Augusta, GA and the city continues to celebrate and embrace the soul he left behind.

James Brown grew up in Augusta during the Great Depression and World War II. He overcame poverty and segregation to become an international music icon. Throughout his life, he made many civic, educational, and philanthropic contributions that provided hope and opportunity to those in need.

Here are a few ways Augusta and the community celebrate James Brown:

The museum houses the first and most comprehensive major exhibition dedicated to The Godfather of Soul. The museum director Nancy Glaser and Mr. Brown’s daughter, Deanna Brown Thomas, worked together to tell the story of The Man, The Music and The Legacy of Mr. James Brown through an interactive, visual and musically driven Exhibit.

Plans to expand this popular exhibit are in the works.

The life-size bronze statue of Mr. Brown in downtown Augusta contains the world’s only James Brown CAM which will take your photo and send it to your cell phone within minutes.

This downtown nightspot celebrates the rhythm and soul of the larger than life singer and other musical inspirations. Not only do they feature artists consistently who cover Brown’s songs, and tributes to the late and great artist, but the walls are filled with décor celebrating the Godfather of Soul.

Visitors to the city will notice murals and photos spread amongst the streets, restaurants and local businesses honoring the life of the artist. One local art program, “art the box” was launched to add beauty to the eye sore electricity boxes throughout downtown and many locals took the opportunity to paint visuals of the artist for onlookers to enjoy.

Get on the Good Foot and stop in to one of these restaurants or breweries that feature dishes to Mr. Brown.