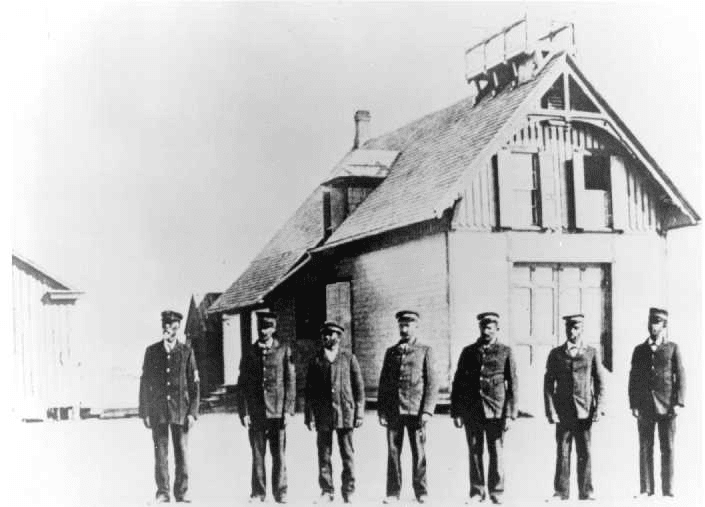 The Eastern North Carolina (Coastal Plains) region possesses a wealth of Black history and cultural sites worthy of exploration. The 44 counties that makeup Eastern NOrth Carolina have just as many unique stories to tell about Black triumphs and tragedies, so while it is hard to narrow it down to five, the northeastern region made it easy. The five must-visit sites chosen provide a holistic view of the nation’s, state’s, and region’s contribution to American history featuring Black people and the places important to the narrative.

The Great Dismal Swamp is in the Coastal Plain Region of southeastern Virginia and northeastern North Carolina, between Norfolk, Virginia, and Elizabeth City, North Carolina.

The Dismal Swamp Canal is the gateway to The Dismal Swamp State Park and Great Dismal Swamp National Wildlife Refuge. The historical relevance of this area is it was a prime place to hide if you were a freedom seeker or Civil War soldier seeking refuge from opposing soldiers. Settling there was a test of survival skills and will to live. The refuge is a part of the National Park Service’s Underground Railroad Network to Freedom. A part of the refuge continues to be swampy with walkable tours across bridges to avoid some of the same dangers experienced by freedom seekers and others. There are sections in the surrounding state park that are perfect for biking, canoeing, birding and boating and more. You can have fun as you learn.

The entire small town of Edenton in Chowan County is like a living history museum. There’s little ground there that isn’t antiquity or a reminder of their importance in American History. A weekend visit there is worth it for the charm and view of its architecture and the nature that surrounds it, as well as the inclusion of other amenities such as shopping and recreation. The Historic Edenton Trolley Tour provides a leisurely and informative tour, featuring historic districts like the African American corridor, Eden Bay, Cotton Mill Village and Downtown Edenton. You can also take a self-guided tour of the Maritime Underground Railroad Waterfront to learn how freedom seekers used the waterways to escape and sometimes hide among the free Black residents in Edenton. You can also see the J.N. Leary Building, which was purchased and owned by Josephine Napoleon Leary, a former enslaved woman who became a real estate mogul. Another highlight is the home of abolitionist and author Harriet Jacobs’ grandmother, where Harriet hid in the attic for seven years before escaping North to freedom. You can take the Harriet Jacobs guided walking tour through the neighborhood where the house is located.

Want to stand on the ground, where thousands of enslaved Africans stood to hear the words “You are free” in the presence of the USCT? Mariners’ Wharf is one such place in Elizabeth City (Pasquotank County). Located on the beautiful Pasquotank River, Mariners’ Wharf sits at the gateway to the historic Dismal Swamp Canal. Elizabeth City citizens watched some of the first Emancipation Day celebrations and parades from the wharf. The Museum of the Albemarle, Charles Creek Park, and Waterfront Park are close by for additional activities to add to your agenda. But the wharf and its historical significance is a definite place you want to visit with family to be in a place, where freedom rang for the formerly enslaved.

Visit Island Farm in Manteo, a  living history heritage farm on Roanoke Island. The farm has a reconstructed cookhouse on site, and costumed interpreters use the cookhouse to demonstrate historic cooking techniques and to educate about the lives of those living on Island Farm in the mid-19th century, including Ms. Chrissy or Christiana Bowser, a free woman of color who cooked and lived on the property. You’ll get to see heritage agriculture, blacksmithing, food preparation and hearth cooking, spinning wool and even feed and pet the animals which include livestock and two ponies from the Corolla wild herd.

Visit African American Experience of Northeast North Carolina to learn more, find resources and to submit a Black historical site in the region.