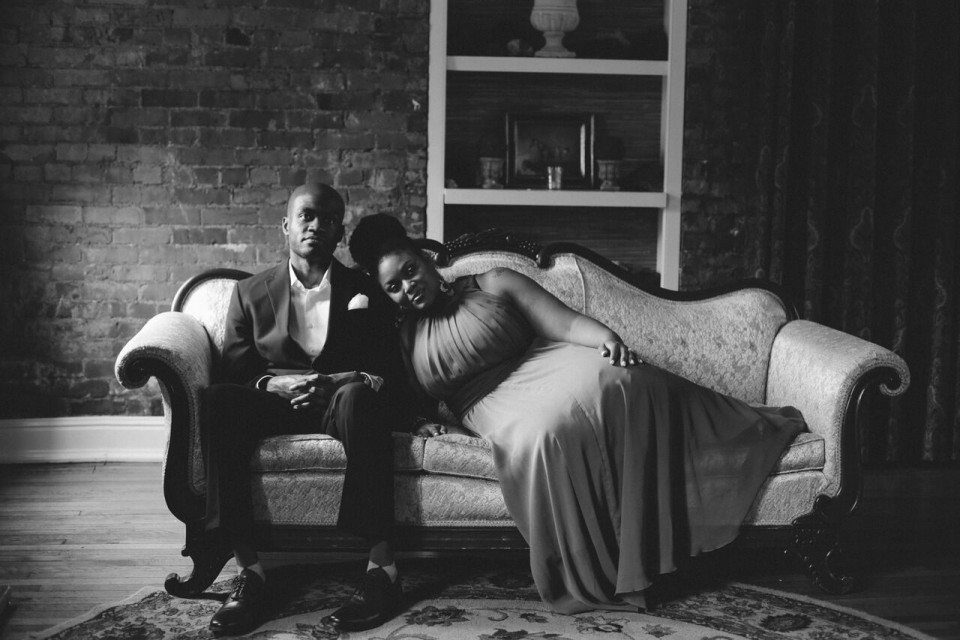 We love a good southern engagement and Trista and Doug’s Nashville romance takes the cake. This super cute HBCU and Southern Bred couple have a a love story that is what dreams are made of. We are soo happy for this beautiful couple and to share their story. Read more about this Nashville based duo today and you will be sure to have a smile on your face.

Current City where you live: 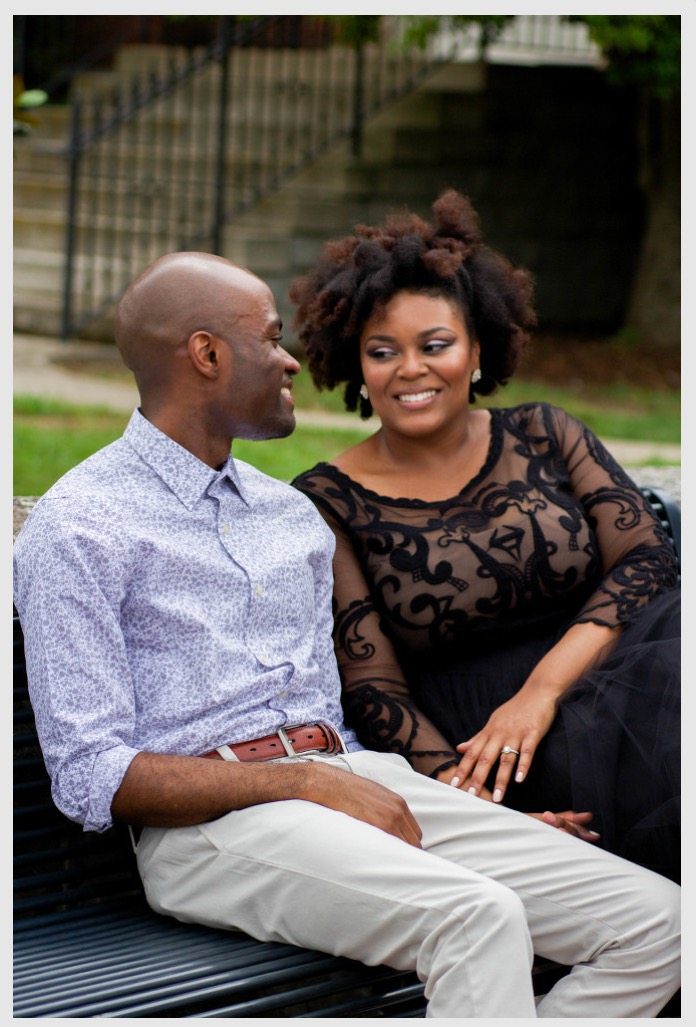 How did you meet?

We always say that we met twice. I worked at Meharry Medical College where Doug was a student so we saw each other in passing quite a bit. A mutual friend and classmate of Doug’s introduced us, but I didn’t pay much attention to Doug at the time. Some time later, we ended up at a birthday dinner together for a co-worker of mine. We sat across from one another but, again, Doug didn’t have my focus as I chatted with a friend most of the night. He waited for a while and asked me what I was drinking. I answered him, noticed he was pretty attractive, and that was the end of our interaction for the night. I mentioned that he was attractive to my co-worker and she told him! He gave me his phone number a few days later and here we are!

How long have you dated?

We dated for two years before he proposed. It will be three years on July 21st 2015.

How did he propose?

He took me on what he called “an all day date.” We made a few stops throughout the day but he wanted to make one more…the Pedestrian Street Bridge in Downtown Nashville. I was tired (and HOT) from the day so I didn’t want to go to the bridge but he was adamant about it so we made out way there. When we go on the bridge, I quickly started to show him the sites so we could go! He wasn’t paying much attention but I was trying to be a good sport about it. A few minutes in, a woman and her husband walked up to me with some balloons and a card with cupcakes on it. I didn’t read the card and wrote the entire interaction off…I just took the balloons to be nice. We continued down the bridge and two small girls walked up to me with a bouquet of flowers and another card with cupcakes on it. I knew then that Doug was behind this and thought that he put this together to celebrate our two year anniversary, which has taken place a few days prior. I looked at this card and noticed that it had one of my quotes inside (I started this #TheActofLoving series on Instagram). I started to tear up but before I could think any further, my nephew jumped out and yelled my name with a final card. I started to bawl and Doug turned to a guy with a camera (he had a photographer capture all of this). When I turned back around, I noticed some of my friends and family coming toward us and A Couple of Forevers started to play. I lost it!!!! Doug dropped to his knees and asked me to marry him. Between sobbing, I said yes.

When did you know he was the one?

I think I knew he was the one after our first date, I just had to get out of the way. I had built a wall around myself as many women do when relationships don’t work out. I noticed things here and there about Doug that proved to me that he was different. He cared about me and wanted to take care of me….I had never experienced that before.

What is the cutest thing he has done for you without you asking?

I entered thisA�entrepreneurs “Pitch Your Idea”A�contest and one of the prizes was an iPad. Although there were tons of great prizes, I really wanted that iPad for some reason. I found out that I came in second place a few days before I went to visit Doug. I was happy that I did that well, but I was pretty down about not getting the iPad because I felt it would have really helped my business. When I got to Jackson, MS (where he was living at the time) he handed me a wrapped box. It was an iPad! Doug always makes sure that my needs are met…I have truly learned that getting what you need is SO much better than getting what you want – even with dating him

What is something you love about him that has completely changed your life?

Doug has taught me how to truly love in the moment. He is so genuine. Sometimes that means being vulnerable, which I’ve never been good at. He has shown me that it is ok to FEEL my truth, even crazy moments, because the people that matter love me because of and in spite of that.

We love that brand and have to have the story behind it! I own a cupcake business call Yin Yang Cupcake Bar here in Nashville. When he was telling his family about me, some of them had a difficult time with my name so he told them to just call me Cupcake. I started calling him BooBear shortly after we started dating and I would document our “adventures” as #BooBearCupcakeChronicles and it just stuck.

What part of wedding planning is making you crazy?

We decided to have a longer engagement as we were both transitioning in our individual careers when Doug proposed. Due to this, no part has really made me crazy. I have been able to get a lot of things out of the way pretty early. If anything is making me crazy it is all of the ideas in my head and waiting for it all to come together.

What part of wedding planning can you not live without?

Talks with my mom. Her advice and ideas have been invaluable. She is the most creative people I know and her thought process is amazing. I’ve also enjoyed getting marriage advice from her throughout the process. Her and my father are love personified for me so it has been welcomed conversations for sure. 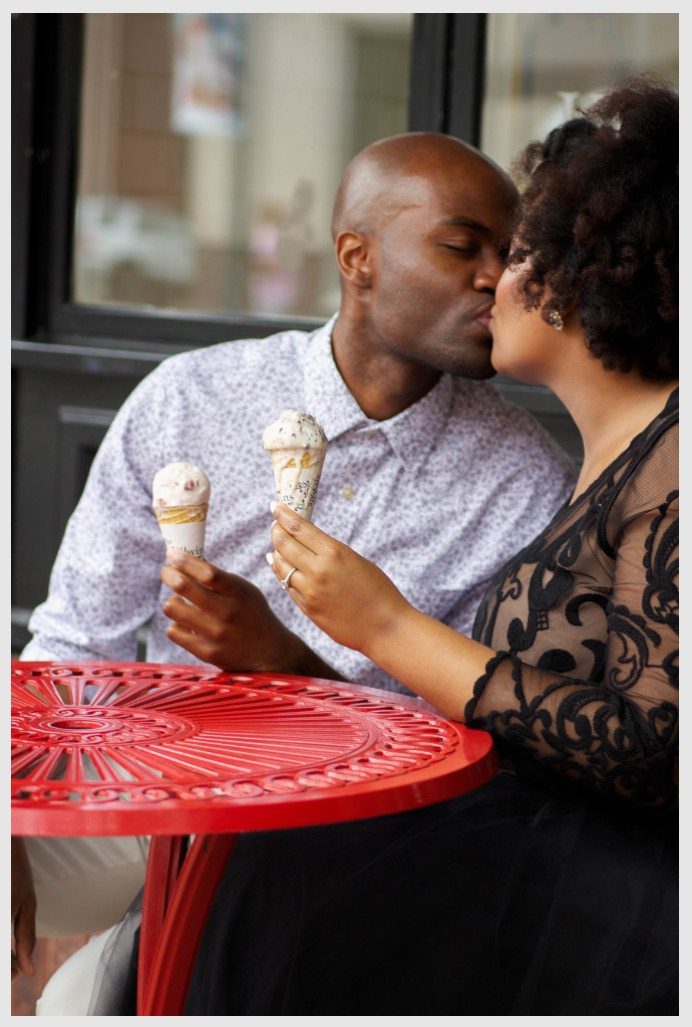 What was your first thought the day after your engagement?

What did you love about taking engagement pictures?

Our engagement pictures highlight a huge part of our relationship for me. Early in our “getting to know you” phase we went for ice cream on a Sunday. Doug and I talked about it the next day and he said, “we should make this a tradition of ours. We should get ice cream on Sundays.” We call it Ice Cream Sunday. The fact that he was talking about traditions was huge for me. The entire process was great though. Everyone involved did a great job!

What is your favorite thing about being a southern bride?

What do you love about planning a southern wedding?

Everyone, vendors included, really wants you to have the day of your dreams. I have emailed my wedding coordinator, Paige of Paige Brown Designs, just to share an idea or “moment” with her. It has been such a comfortable experience so far.

Who did the photography?

Our photographer was LaToya Nash and we also had a videographer who took some shots that we love. Her name is Crystal Petrina. 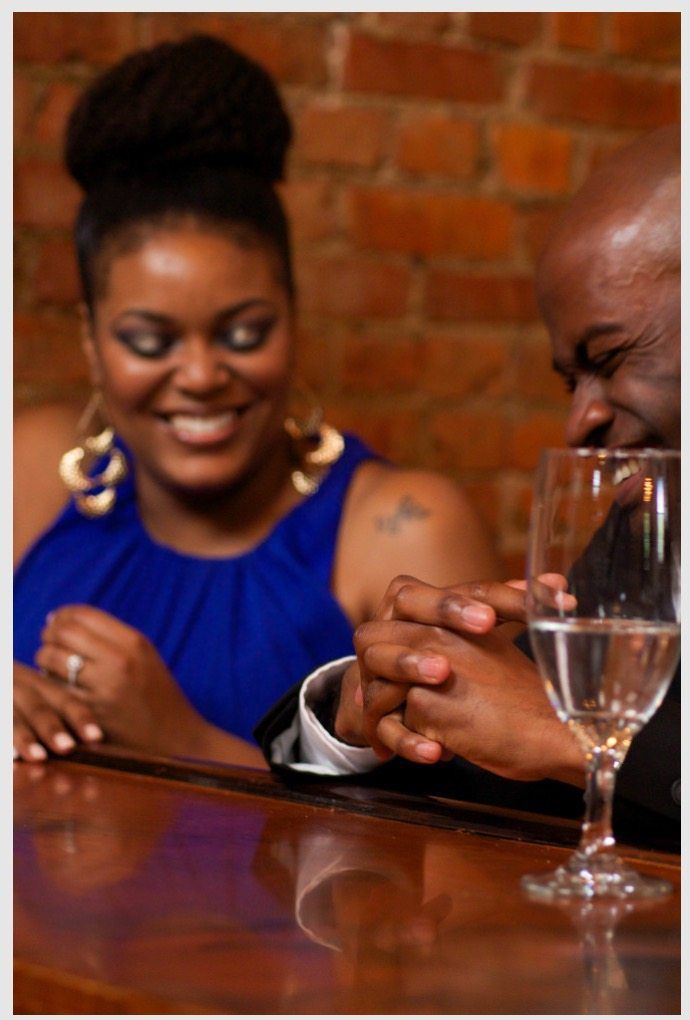 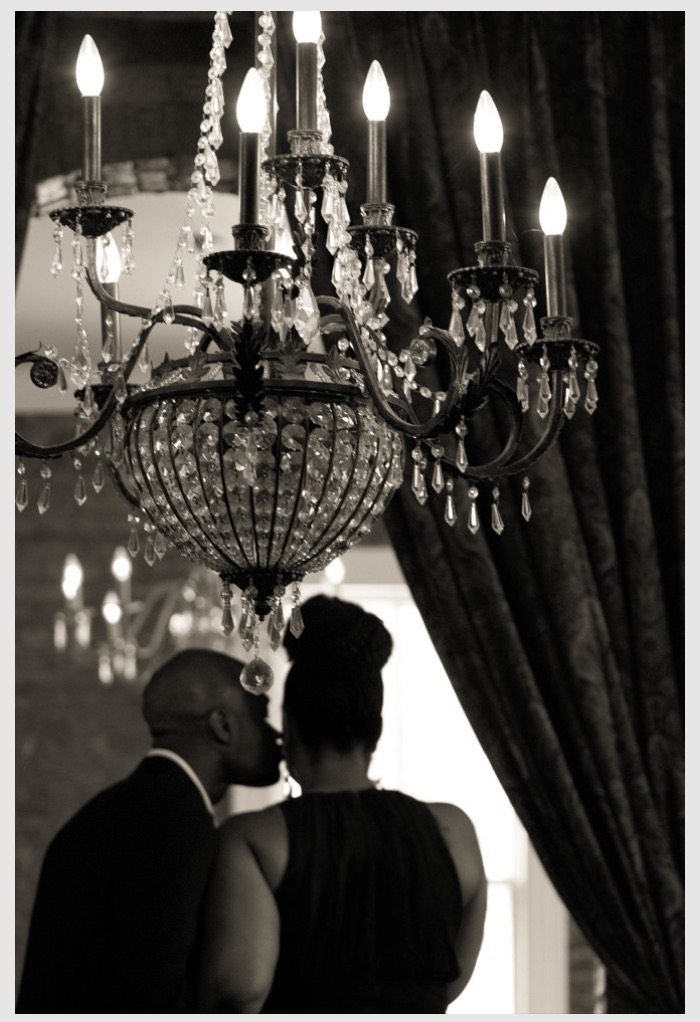 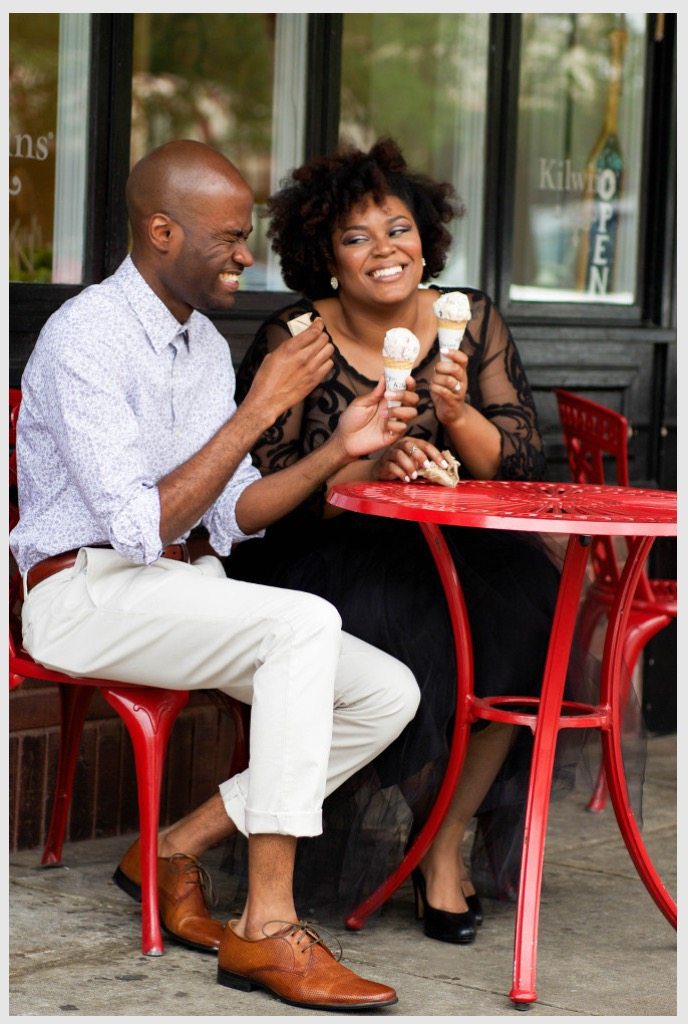 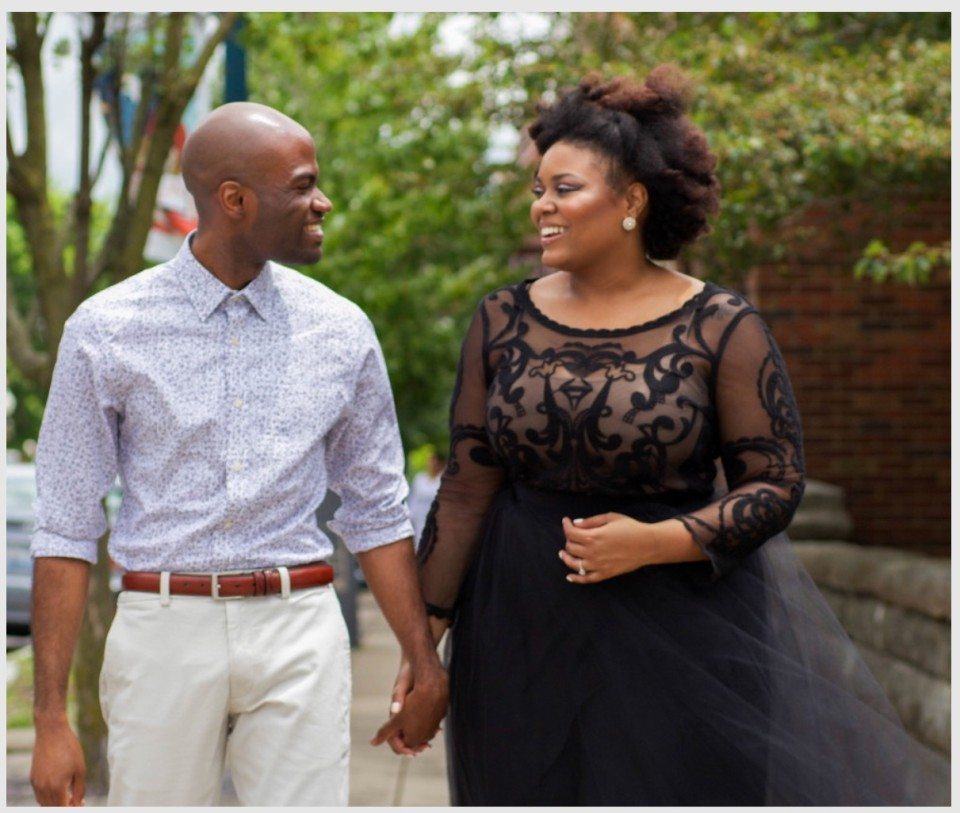 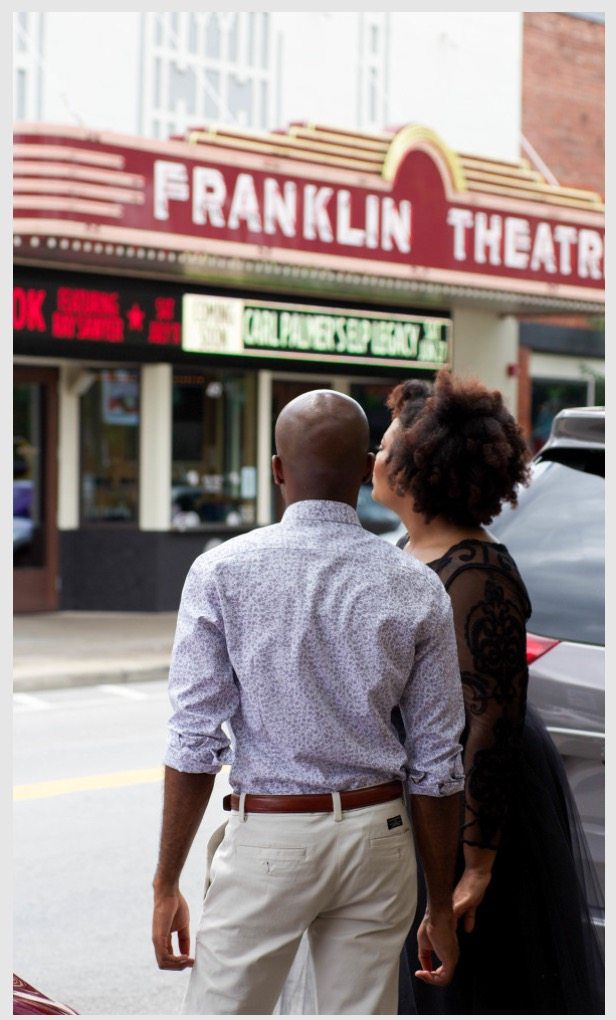 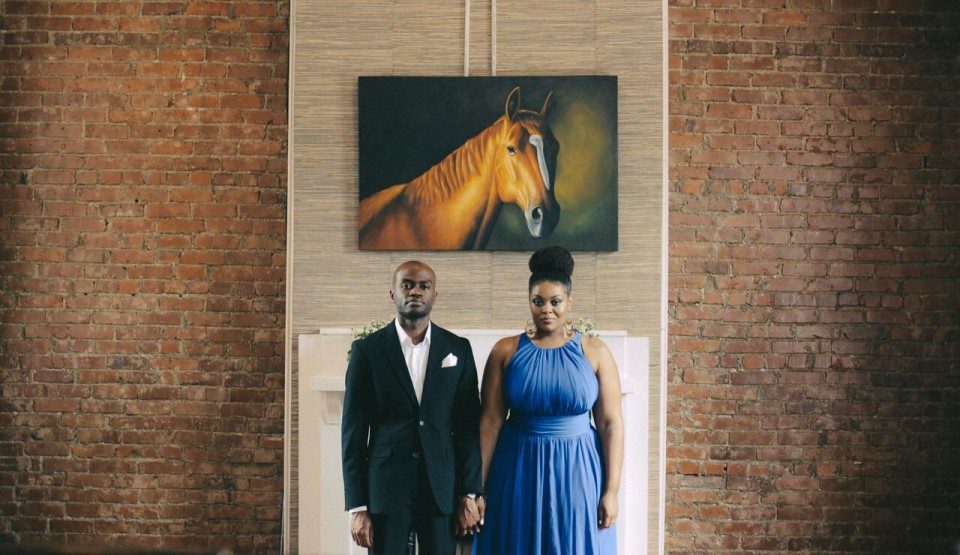 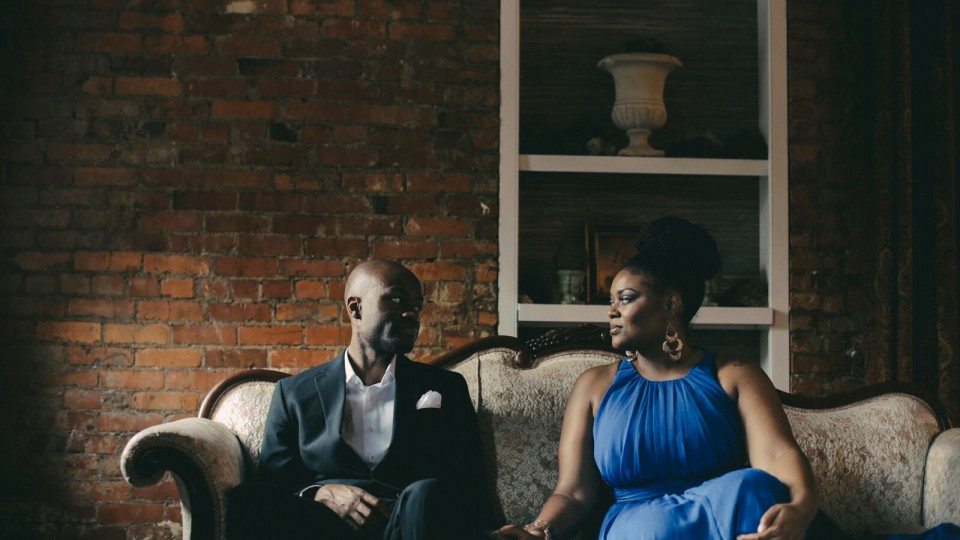