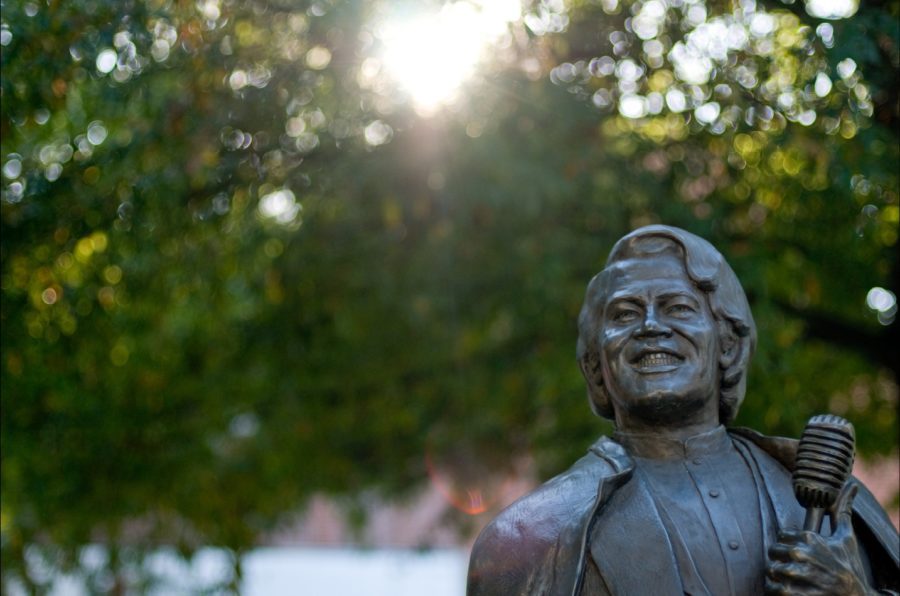 Looking for a way to support African American Heritage and enjoy time with your families in a socially distanced way? We have exactly what you need with this list of museums in the Peach State. Add these places to your list for your next road trip!

James Brown not only left his imprint on the music community when he busted in with the sounds, moves, and soul like many had never seen, but he also left a major impression on what he considered his hometown of Augusta, GA, and the city continues to celebrate and embrace the soul he left behind.

James Brown grew up in Augusta during the Great Depression and World War II. He overcame poverty and segregation to become an international music icon. Throughout his life, he made many civic, educational, and philanthropic contributions that provided hope and opportunity to those in need.

Here are a few ways Augusta and the community celebrate James Brown:

The museum houses the first and most comprehensive major exhibition dedicated to The Godfather of Soul. The museum director Nancy Glaser and Mr. Brown’s daughter, Deanna Brown Thomas, worked together to tell the story of The Man, The Music, and The Legacy of Mr. James Brown through an interactive, visual and musically driven Exhibit.

Plans to expand this popular exhibit are in the works.

The life-size bronze statue of Mr. Brown in downtown Augusta contains the world’s only James Brown CAM which will take your photo and send it to your cell phone within minutes.

Experience the only African-American Museum in Augusta’s River Region. The museum, which opened in 1991, was the former home of Miss Lucy Craft Laney.

In his most famous speech, Dr. Martin Luther King, Jr. said “The difference between a dreamer and a visionary is that a dreamer has his eyes closed and a visionary has his eyes open.” With this distinction in mind, it would appropriate to declare Ms. Lucy Craft Laney one of the premier visionaries in Augusta’s history: a woman who kept her great mind and kind heart open to the world around her, identifying needs within her community and answering them to the best of her ability throughout her lifetime. How fitting then, that the African-American museum in Augusta’s River Region is named after her: The Lucy Craft Laney Museum of Black History. Tucked away on a quiet side street off of Laney Walker Boulevard and across the street from Lucy Craft Laney High School, the museum is a trove of knowledge, historical lessons, and community offerings, carrying on the storied legacy of Ms. Laney for this generation and beyond.

Born in 1854 to two freed slaves, Lucy Craft Laney grew up in a time where many people viewed her and her family as far less than equal. When she was born, it was still illegal for people of color to read, and for the first 11 years of her life, slavery was legal. None of this deterred either Laney, who seemed thirsty for knowledge at a young age, or her parents, who believed strongly in education.

She attended Atlanta University at just 15 years of age, studying to become a teacher and exceeding the already high expectations her friends and family members held for her. She went on to teach in Macon, Milledgeville, and Savannah, making impactful contributions in each community while inspiring both teachers and students alike. Eventually, she settled in Augusta, where she fulfilled her lifelong dream of opening a school with the Haines Normal and Industrial Institute where she served as principal for 50 years. She also opened the first black

Believed to be one of the oldest African American communities in Georgia, Flat Rock was founded and strengthened by individuals who wanted to ensure the safety and success of African Americans following the aftermath of the Civil War. The community of Flat Rock thrived in part because of the immense communal bond of its citizens as well as the selflessness of its leaders. Theodore A. Bryant, Sr., ensured the development of Flat Rock by purchasing nearby land and distributing it to families in the area. This gesture allowed the citizens of Flat Rock to build a strong foundation of support as well as ensure the safety and well-being of the community. Despite consistent animosity and prejudice, the people of Flat Rock remained strong, resilient, and united.

This exhibit explores the story of Flat Rock as well as the people who called it home. By examining objects collected over time from the residents of Flat Rock, we have been able to better narrate the lives and experiences of the families within the community. This exhibit would not have been possible if not for the generosity of Flat Rock Archives, who graciously lent part of their collection and all of their expertise to allow us to tell the inspiring story of the community who stood strong for over one hundred years.

Located in Doraville Ga, the historic “old-school” boxing gym, Paul Murphy Boxing Club, where four-time world heavyweight champion, Evander Holyfield, trained and learned the “sweet science,” still stands. In fact, this is where his son, Evan Holyfield is currently training for the Olympics. “There’s so much history here that it was really the only place I considered,” says Evan Holyfield. “The best trainers in the world are here.” The legendary, old-school boxing gym with two rings has been producing champions since its inception in 1976. Named for a city councilman, it is operated by “Sugar Bert” Wells, who got his moniker from training with Sugar Ray Leonard. “We have boxers as young as five years old,” Wells says. What sets it apart? “Other gyms treat you like clients,” says Myles Mizell, who will represent Georgia in the Golden Gloves. “But here they treat you like family—a tough family.”