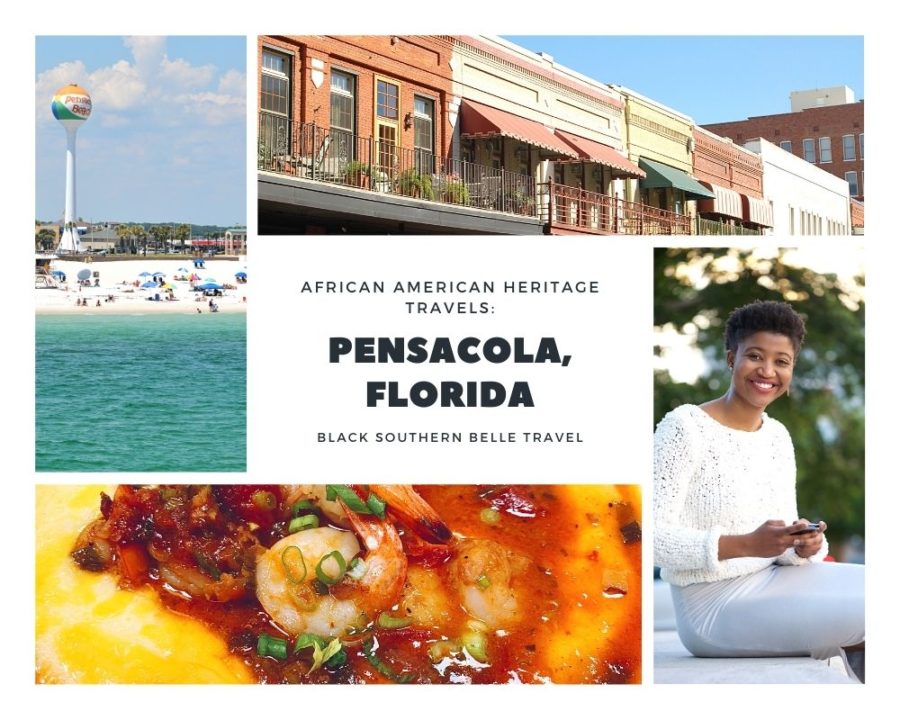 Pensacola Florida, located in the western part of Florida, has been a vacation spot for many travelers. Some visitors come to Pensacola Florida to enjoy the cool breeze and sunshine at the beach, while others visit Pensacola to tour the specific restaurants. However, despite the benefits and fulfillment each of these attractions provides to Pensacola, Florida, some of the most positive gratification comes from the African American Heritage and the deep-rooted history in Pensacola.

Another great place that will help visitors and local Floridians find out more about Pensacola, Florida is the Voices of Pensacola Multicultural Center. Even though the facility is currently closed during COVID-19, the center is known for their distinctive photography collection, oral history labs, and frequent historic exhibits.

The historic Pensacola village is home to many meaningful attractions. Located on East Zaragoza Street in the Pensacola Village is the Julee Cottage Museum. Built approximately in 1805, the Julee Cottage was given its name from one its owner, Julee Panton, a freed African American woman during slavery. The box shaped cottage represents the home of a working class African American family during a difficult time in history, however, most importantly, the building connected to the sidewalk with no front porch, is said to be one of the only buildings of its kind to remain in Pensacola, Florida.

The church environment in Pensacola, FL is more exquisite than most cities.  Similar to St. John the Baptist Church, St. Joseph’s Catholic Church is one of many churches in the area that also prides themselves on African American heritage, however, Creole history to be exact. Founded in 1891 as St. Joseph Parish, St. Joseph’s Catholic Church was an African American parish with the majority of its congregation filled with Caucasians, however, coordinated and managed by creoles. The church is known for their ability to rebuild and keep faith during natural disasters while holding steadfast to the Creole heritage and worship.

Allen Chapel African Methodist Episcopal Church is also an important factor in the Pensacola community. Allen Chapel AME was founded and originated in 1866 with the help of Rev. Henry Call who implemented the African Methodist Episcopal denomination in Florida. The church was kept a secret for a while due to Rev. Call not knowing that slavery was completely free and unaware that African Americans were able to congregate and worship without feeling the pressure of discrimination and

unfairness. Now the church still holds service and continues to spread information on the AME history.

One of the most known sites in Pensacola, Fl is the St. Michael’s Cemetery. The eight-acre space is considered an open air museum where individuals can partake in the visual representation and historic lives of various African American slaves and Caucasians. This cemetery is known as one of the only cemeteries to buried slaves and non-slaves side by side and demonstrates that social class no longer is required and discrimination should no longer be justified.

The St. Michael’s Cemetery is not the place where African Americans are featured and given respect. Another known sighting in Pensacola, FL is The Chappie James Museum. The Museum is another historic attraction that serves as the home to the legacy of Daniel “Chappie” James Jr. Daniel James was the first African American to become a four-star general in the U.S. Air Force however before he was a well-known general, he was faced with many hindrances of racial injustices. Due to these injustices James had to mentally prepare himself and fight for a place at military flight school and after doing so, during World War II, he was able to serve as an instructor and taught younger African Americans in the 99th Pursuit Squadron.

Along with the historic Chappie James Museum lies the central bust of Martin Luther King Jr. Located on Palafox street in Pensacola, the Martin Luther King, Jr. plaza honors the life of Dr. MLK and is the meeting place for local Floridians during Black History Month festivals and other events. During the summer, the plaza gains a lot of attention from supporters and visitors and several marches, parades, and rallies take place at this site.