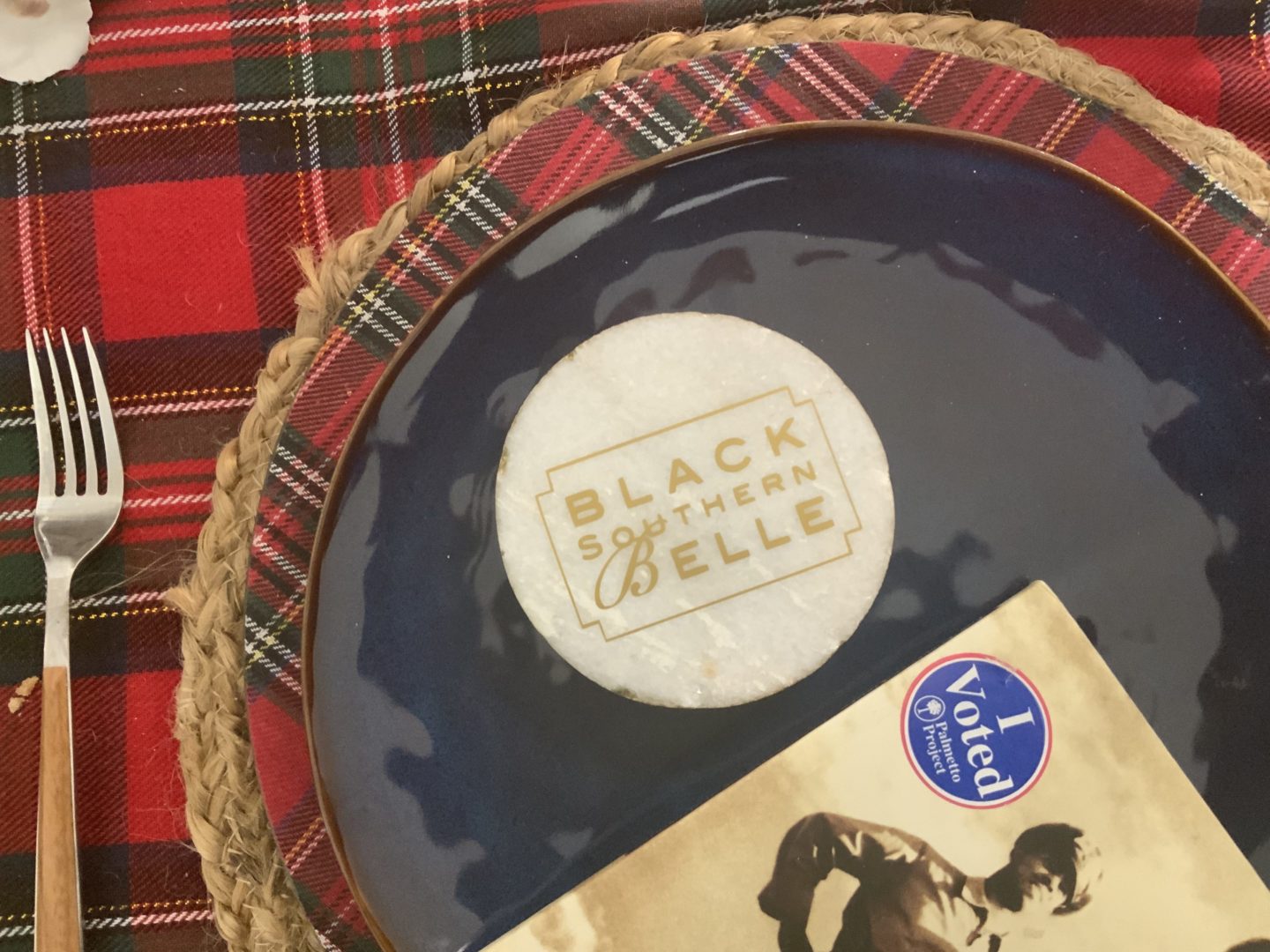 I was raised on southern hospitality and also being in service to my community. From volunteering to civil engagement, this is all a part of my Black Southern Belle experience. Whether fundraising for causes we care about or participating in community meetings, I love seeing Black Southern Belles support and grow their communities in many ways with preserving culture, heritage, and community in mind.

Another way of supporting your community is by voting. No matter who you are voting for and no matter what position, your vote matters and is important. I have fond memories of doing kids voting with my dad (who is also a proud Navy Veteran and taught me about civic duty from a young) and brother as a kid and am proud to take my kids voting with me and putting their Vote sticker on them afterward.

For the next week, Georgia citizens are getting an opportunity to vote and even though you may not live in Georgia, you can encourage your friends and family who live in Georgia to exercise their civic duty.

Want some inspiration to get engaged as a Black Southern Belle? Check out the stories of these Black women mayors making change right in their own communities:

Dorothy Hubbard, former Mayor of Albany, Georgia, originally grew up in Cordele and Americus Georgia. With parents who had very little formal education and one of many families who planted and gathered crops to sell for profit, former Mayor Hubbard had the determination to continue her education. She also later worked in higher education at the HBCU Albany State University and took interest in every student from her hometown. Her passion for others beside herself would lead her to state “You have to give back. As long as you’re living on this Earth, you have to pay your debt to society. And your debt to society, as far as I’m concerned, is serving others.”

Wynola Smith was recently sworn in as the first African-American mayor of Adrian, Georgia. Besides being the Mayor of this small unique town, Ms. Smith is also a mother of two and local resident of Adrian, GA. Smith often thanks her eighth grade teacher for being her saving grace and becoming a motivator in her life. Once graduating from high school, Smith wouldn’t return to continue her education until roughly about 20 years later. Despite having a much different path than most, Smith took advantage of her decisions and began to create a life that she would be proud of.

Before Keisha Lance Bottoms became 60th Mayor of Atlanta, she was very much like many successful Black Women. Serving as a member of the Atlanta City Council, Delta Sigma Theta Sorority, Inc., The Links, Inc. and Jack and Jill America, Ms. Bottoms was an active member of the community before the responsibility of Mayor. Also a graduate of Frederick Douglass High School, Florida A&M University, and Georgia State University College of Law, Mayor Bottoms understands the HBCU experience that many of us have experienced and also serves as an advocate on behalf of adoption and foster care.

Deana Holiday Ingraham, the 34th Mayor of East Point, Georgia, is also a wife and mother like many Southern Belles. As a daughter of an entrepreneur and teacher, Deana was shaped to think about others first. Deana always advocated for children and stood up for what was right since a child. Her upbringing truly shaped her into a person that people wanted to lead and is the reason she has been so successful.

Mayor Rochelle Robinson grew up on Youngstown’s South Side. Originally with plans to become a nurse, Robinson later changed her direction to major in communication. As an active student at Youngstown State University, Ms. Robinson served as a cheerleader, runner, and gymnast. Later, Robinson became well equipped for a CIA career and once her tenure was done, Georgia became home for her and her love for the Douglasville, GA community grew.

One thing I love about supporting my community is being able to host and entertain them to let them know I care about them. One way to do this is by hosting a virtual voting party with your friends & family in Georgia and beyond

Find a way to incorporate black artists and their voting artwork. By showcasing black art that supports our political concerns it will encourage more African Americans that our voice matters. Create a section in the virtual party to highlight their work. Some artists to include are Cedric Smith,  Amy Sherald or Derrick Adams.

A party isn’t complete without food dishes and what better way to incorporate being patriotic than including patriotic dishes. Add red, white, and blue frosting to sweet desserts and think about including candidate photographs or stars and strips to represent our American flag. Either send out the sweet treats to the party attendees or recommend a specific African American baker to obtain their desserts from.

Missing your family? Hosting them on a video chat is a great way to discuss their experiences getting involved in the community and maybe their favorite experiences in Georgia, whether they live their or note. Getting your elders and the youth in your family is a great way to connect when you can’t be together a perfect time to encourage them to exercise their civic duty in voting!

Early voting is about to end but you still have time to vote or encourage your friends and family to vote and make their voice known in person on January 5th (which happens to also be my birthday). Voting with family is a tradition that I cherish dearly and hope you start this tradition with your family in Georgia and beyond, virtually or in person. Want more details on getting involved in this election click here.

***Sponsored by Feel Good Voting. All opinions are my own. ***